If you want real entertainment, look no further than the breathtaking offerings of Mother Nature herself.

From Namibia to Northern Ireland, from the U.S to the U.K., there’s no better show on earth than those that can be found in our Top 10 natural phenomenon: 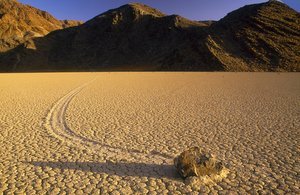 Is it possible that Death Valley earned its name thanks to the ghosts that move inanimate objects across its barren desert-fields of sand?

I’m starting to think that’s a very real possibility, especially when thinking of the Sailing Stones found in Eastern California.

These stones are large rocks that move completely on their own, leaving long trails on the desert floor that look like comet trails across the night sky. 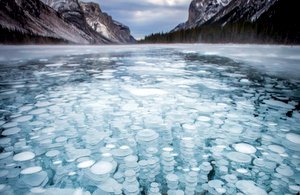 If you think water is the best way to put out a fire, you’ve clearly never been to Lake Abraham in Alberta, Canada.

Millions upon millions of frozen methane gas bubbles are trapped just beneath the surface of the lake, creating a fantastic visual effect that looks like a miniature futuristic metropolis beneath the ice.

Let’s just hope we can reverse the effects of global warming before these frozen bubbles turn Abraham into a lake of fire! 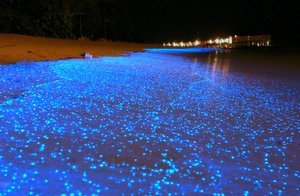 There are many places on the planet to enjoy the wonders of bioluminescence, but the phenomenon that can be observed on Vaadhoo Island in the Maldives has got to be the most beautiful.

It’s here that bioluminescent phytoplankton washes ashore at night, creating a glowing sea of electric waves that seem to absorb the very starlight that sparkles above them. 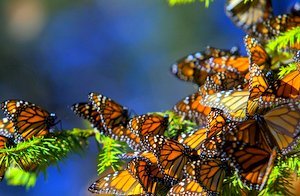 In late summer and early fall, millions of colorful Monarch butterflies make their way from the Northeastern United States and Canada to Mexico.

Here’s the most incredible part – none of the butterflies live long enough to finish the journey. Instead, they lay eggs while en route to the Promised Land, and their butterfly babies continue the long, arduous trail southward in honor of their parents’ sacrifice. 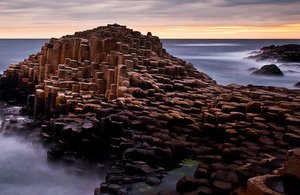 But man had nothing to do with this work of art: as precise and planned as the columns look, they’re simply the result of a volcanic eruption that happened millions of years ago. 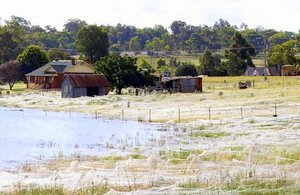 When you think of Australia, are you more likely to picture sun-drenched beaches and aqua-blue waters, or fields of winter snow?

Thanks to some seriously audacious spiders, both images are correct – at least in Waga Waga, where millions of spiders have been forced from their homes due to rising floodwaters. 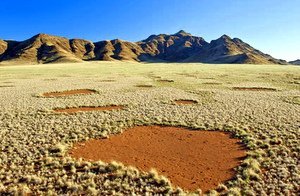 Is the Namid Desert along the Southwest coast of Africa a favorite target of crop-circling aliens?

When looking at hundreds of perfectly formed, inexplicable circles carved into the desert sands, I’m inclined to say yes.

Top scientists hypothesize that Fairy Circles are caused by termites, but a) they’re not sure, and b) the alien theory is much more exciting. 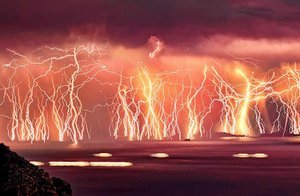 For up to 160 nights of the year, Venezuela’s Catumbo River is home to one of the most electrified light shows on the planet.

In a tiny, contained area where the river empties into Lake Maracaibo, stunning flashes of lightning can be seen for up to 10 hours per day, and some 280 times per hour.

The lighting generates from storm clouds that float over 5 kilometers above the earth’s surface, generating the world’s largest source of tropospheric ozone. 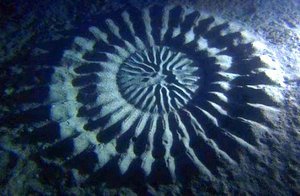 Speaking of crop circles, it’s one thing to encounter them on land, but quite another to find them at the bottom of the ocean.

That’s just what divers have discovered in Japanese waters, where the male pufferfish creates beautiful sand carvings on the ocean floor in order to impress the female pufferfish.

What a Romeo! (Or should I say Picasso?) 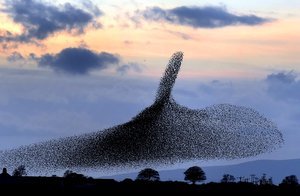 The U.K.’s most community-minded bird, the Starling, has definitely taken the idea of ‘strength in numbers’ to a whole new level.

Up to 50,000 of these social birds join together in flight packs that move across the sky like enormous, black clouds.

They also time their flights to take place just as the sun goes down, resulting in an eerie sunset effect that darkens the already bleak British winter sky.

No matter where you are the world, Mother Nature has something spectacular to offer. What’s the most stunning natural phenomena you’ve ever encountered first hand?

Rebekah Voss is an author, travel writer, and the creator of TheHappyPassport.com.

The Best Places to Visit for Spring Flowers