Why EcoTourism Isn’t As Green As You Think

One of the largest sectors in the tourism industry, look ecotourism up in Wikipedia as I did and you will find a spiel about it being:

"A form of tourism involving visiting fragile, pristine, and relatively undisturbed natural areas, intended as a low-impact and often small scale alternative to standard commercial (mass) tourism. It means responsible travel to natural areas conserving the environment and improving the well-being of the local people."

That isn't the whole diatribe, but you get the picture – it’s all about responsible travel and environment sustainability for the global wanderers to lust and lunge after because they’re bored with the well-trodden tourist paths. This is the ultimate oxymoron, for one lonely foot treading down on a rain dropped leaf in a remote lush jungle will leave an indelible impression, not just on the leaf but on the intrinsic world around it, be it for good or bad. 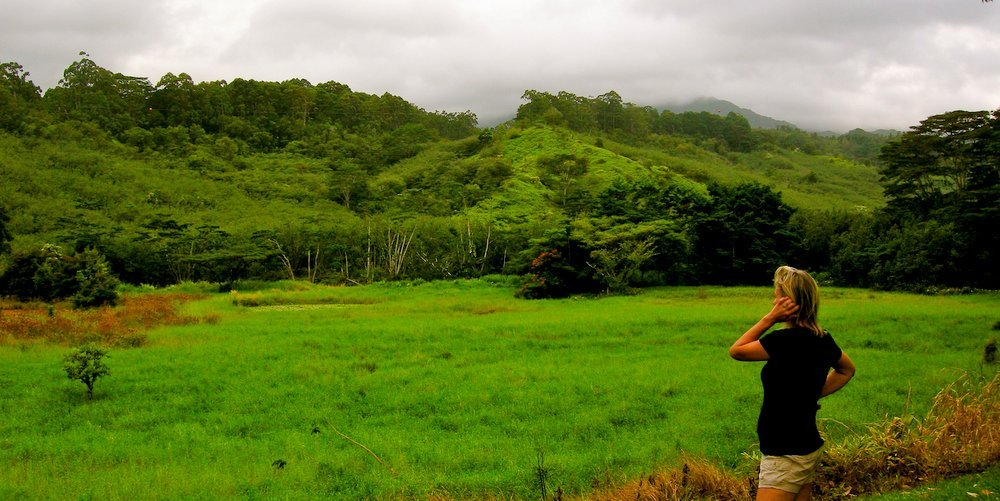 No tourism venture is achieved without fanfare, promotion and big bucks for infrastructure that developers will want to recoup at some point.  There are very few altruistic tourism moguls that do not want to see a return on their investment.

The "eco-friendly" or "green" tag is one of the most abused forms of advertising and a buzzword of the 21st Century, when the majority of travellers are really attempting not to crush the earth to pieces – but are gullible enough to believe what they read.

Unfortunately many pristine, amazing and mass unexplored destinations are in third world countries where there is little to no regulation, with miniscule wages paid to locals and corrupt officials all too happy to sell off the heritage of future generations in a desperate bid to attract tourists' wealth. As tourists, we have the power of the cash in our hands to pick and choose who gets our tourist dollars.  If we continue to support operators and hotels sporting eco friendly logos that are destructive to their environment and the local economy, we should not throw stones when those places we love become overcrowded and mass developed.

Tourist dollars do develop the countries we visit, so we should be putting our money where our ethics are and ensuring that our wanderlust is not fodder for wanton destruction of pristine and untouched environments. "Eco" is the new "sale" sign for the dollars to go ka-ching where unscrupulous tour operators or tour companies are concerned, and the new marketing ploy, nicknamed "greenwashing", plays to the travelers’ beliefs that they are doing the right thing.

It is a question of you, the tourist, actually doing a bit of research as to just how "eco-friendly" a tour company really is before you press the “Book Now” button.

The 6 key principles of ecotourism include not degrading the area, providing long-term benefits to the area and the local community (e.g. educational opportunities, economic success, conservation, scientific progress, and social and cultural awareness). It should give the tourist a first-hand enlightening experience with education at the forefront for everyone, promoting understanding and advocating moral and ethical responsibilities towards the natural and cultural environment.

When you actually look past the glossy pictures in the brochure or on your laptop screen, there may very well be an ugly side to that so-called eco tour you are desperate to go on. The boats floating around the Galapagos Islands dump their sewerage straight into the ocean, guides will handle wildlife so you can take that close-up photograph, and national parks will lack controlled toilet facilities and become used tissue dumps in selected secluded areas.

The number of tourists trudging through fragile ecosystems will damage habitats destroying wildlife homes, disrupting mating and feeding habits, while sometimes the very creatures we want to admire in the wild become targets for black-market pets. Many wondrous and virgin locations are in remote areas, so it requires air or vehicle travel that creates carbon footprints, where there should be none.

Local economies and cultures can become totally skewed when tourist jobs offer more money than the traditional occupations that are dire necessities to a village's survival. When property prices soar, as do daily necessities such as food and water, the locals are pushed aside to make way for the tourist horde willing to pay the inflated prices.  Local corrupt governments line their own pockets with the tourist bounty, ignoring the needs of their communities directly affected by the foreign invasion.

Unfortunately ecotourism, for all its good intentions, can actually behave like a destructive virus sucking the lifeblood out of communities by over-taxing local resources, devastating indigenous cultures and destroying environments by overuse and mismanagement where villages and landscapes have become amusement parks for misguided impressionable and naive tourists.

Do your research first, before you book that amazing "eco" tour.

Top Tips for Sharing Your Travel Photos on Instagram

Tips To Choosing The Right Luggage

Psychic Abilities To Tap Into On Your Travels