A staggering 77% of Generation Ys traveling habits mimic those of their parents, preferring to choose destinations where they can travel in comfort with similar cultures and language spoken, rather than take a left turn to off-the-beaten track places, despite their desire to do so. 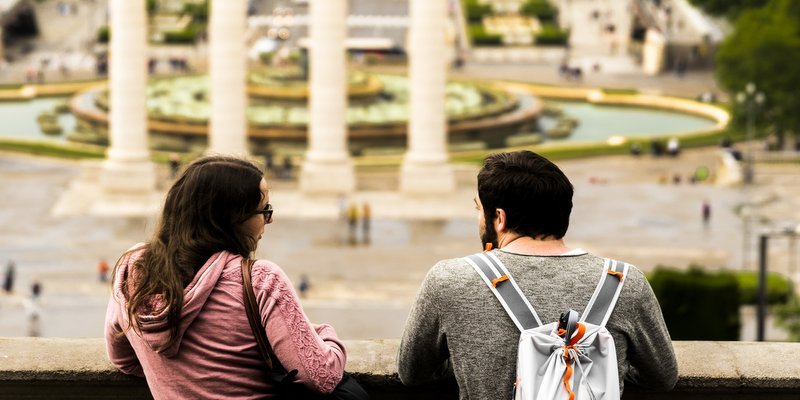 Who is Generation Y and the Millennial?

The age varies considerably on who is considered to be a Gen Y depending on what country you are in.  It might range from those little bunnies born between the years of 1977 right through to 2001, but the general age bracket considered is from the 1980s to the early 1990s.

Typically Gen Ys are considered to be the offspring or the grandchildren of Baby Boomers and labeled with characteristics such as "flighty, promiscuous, self-centered, impatient and disloyal" - wow that's a good wrap!

What has influenced Generation Y in travel?

Let's face it the kids of baby boomers learnt early in the piece that travel and a bit of luxury whilst doing so, were a given.  How many baby boomer parents took their kids whilst they were young on fantastic holidays?  The baby boomers as kids didn't have such luxuries, but they made sure that their children would have more opportunities than they did.  A week in Fiji lazing on a sun drenched beach, a couple of weeks skiing in some far flung snowy enclave and some were taken on safaris in South Africa staying at exclusive lodges.  Baby boomer parents gave their thirst for exploring the world and the love of self-indulgence to their rug rats, because their parents were mostly not in the bracket to do so.  Hanging around the sprinkler in the back yard was a summer holiday to many, with the only wait service experienced that of your mother putting a meal in front of you and telling you to eat everything, as the children in India were starving.

Is it little wonder that baby boomers have spawned travel devils that believe life is not all about working to raise the kids or to own a home?  They want it all, because their baby boomer parents gave it all to them, quite often on a platter.  Generation Ys have grown up with the technology blast, the first generation to do so. Throw in cheap airline fares, the mobile phone with all of the apps necessary to pick up bargain luxury rooms at discounted rates and the fact that online social media platforms are literally choked with travel blogs. There is a plethora of travel sites and places that you just have to go to. Throw in the gossip and peer pressure of who is where in the world; you have the perfect recipe for a wandering junkie chasing elusive and exclusive luxury at a bargain price, because they actually went through the recession as much as their parents did.

Generation Ys are just changing the boundaries of what is the definition of "luxury" to suit them, their budget (they were actually the most hard hit during the recession) and what they grew up with under their over-indulgent parents.  Despite the financial hit on their bank balances, they have learnt to adapt their travel habits retaining that childhood link of wanting the best. They do have high expectations when trotting around the globe and are not interested in mass tourism or pre-packaged offers where one-size fits all.

The new buzz word in the tourism marketing world is "Experiential travel" - aka travel focused on personal experience in a city or a country actually connecting to the people, the culture and the history - rather than just ticking off tourist hot spots ad nauseam.  Gen Ys don't want to be tourists; they want a more in-depth adventure from travel. The world has shrunk to a global village courtesy of the Internet.

Enter into the fray

Airbnb where you can rent accommodation as luxurious as you want and live like a local. The app EatWith will have you dining, wining and chatting with the local natives in their own homes.  Gen Ys want to meet their worldly neighbors, not just stare at an ancient monument and move on.  But they do not want to forgo the luxury of their childhood adventures - like sucking a thumb; it's a security blanket and a want, not a need.

Generation Ys' world is the world.

10 Hong Kong Activities To Add To Your Next Business Trip

The Crisis of Human Trafficking