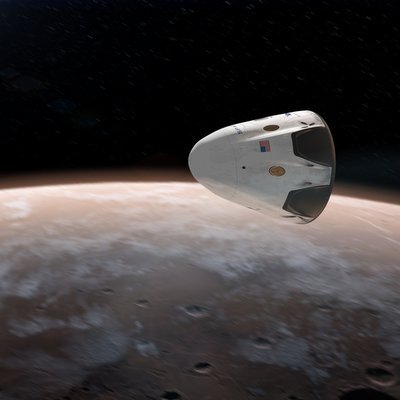 SpaceX founder Elon Musk wants to build a city on Mars – and sell business class tickets to the Red Planet starting at $200,000 a pop. For those more interested in economy travel, Musk has offered a plan to drive down prices to a mere $100,000 per ticket.

Musk’s economy pricing depends on how many people are interested in travelling to Mars. The more people that go – whether for business travel or to take up permanent residence there – the lower the ticket price will become.

So is $100,000 a fair deal? If that ticket price sounds like a lot, it’s not.  Compared to the cost of the most expensive flights on planet Earth, it’s actually a steal.

As a comparison, the most expensive airfare on earth is an Etihad Airways flight from Mumbai to New York that covers 12,530 kilometers. The flight includes exclusive access to a three-room luxury suite with a full bathroom, bedroom and private lounge. At $38,000 one-way, the ticket price breaks down to $3.03 per kilometer.

At that price, a flight to Mars – which is 400,726,656 kilometers away - should cost you $1.2 billion. So compared to earthbound luxury flights, Mr. Musk is offering business travellers flights to Mars at a massive discount!

If you’re planning a business trip to Mars, give yourself at least 6 months travel time. That’s 80 days to get there, a few days to do business with the citizens of Musk’s Martian metropolis, and another 80 days to get back to earth.

At the height of your journey, you’ll be traveling on a large SpaceX craft with 12 other business travellers at a speed of about 95,000 kilometers.

While the Mars journey won’t offer the same luxury accommodations as Etihad Airways, Musk does promise an endless array of films to watch and a single onboard restaurant (no word on what he plans to serve – Mars Bars, mayhaps?).

The Future is Here

Over the next several decades, business travel to Mars is poised to move from mere possibility to absolute reality. SpaceX is already scheduling exploratory missions and hopes to send humans to Mars as early as 2024. Similarly, NASA has plans to launch a manned mission to orbit Mars in the 2030s.

The ultimate goal of these missions is to establish a million-person city on Mars – a place humans could call home, a place where we could do business, and a home base from which we could explore other areas of space.

If space travel becomes financially accessible to the average business traveller, the industry as we know it will be forever changed. While more questions than answers remain – who will be willing to fly to Mars? How dangerous will it be? What types of business opportunities might emerge there? – this is an exciting new frontier that our bravest entrepreneurs and business travellers will surely want to explore.

And as those first pioneers take those first flights, travel to Mars will become more accessible, more affordable, and more achievable for the average traveller. Even better, that 16-hour flight from Mumbai to New York will start to seem like a walk in the park.

Would you travel to Mars if given the chance? Why or why not? Let us know in the comments below!

Top Gadgets to Ease Your Travelling

Trekking Off the Beaten Path in the Indian Himalayas