What Are The Top Taxi Scams To Be Wary Of?

As part of our series on the scams and hustles that target tourists around the globe, probably the most obvious, and most annoying, is knowingly being diddled and fiddled before your eyes by the very person you throw your trust on to at the most critical of moments - the taxi driver.

Taxi drivers are, for the most part, honest, and the taxi game is one of the easiest for scammers to prey on in some countries as they can be unregulated, unlicensed and uninsured. And all focusing on their victims who are usually wearily walking out of an airport after a long flight, guard down, money out, wanting instant wheels to a hotel and all primed for rich pickings.

Being left stranded on a street or in a strange place is as bad as it can get for a traveller, particularly when they are at the mercy of the guy behind the wheel.

So here, we shine a light on the black arts of scamming taxi drivers and how to avoid falling for the rip-offs they can pull.

The basic aim is for the driver to leave with one of your big denomination bills that you have just cashed up at the airport's bureau de change. This trick comes in various guises around the globe, whether it's the driver switching your bill for a smaller one and argue you gave him a small bill; dropping the high fare to one within a 'reasonable' limit, or simply for him to claim he has no change, he'll call the police, you give in and hand over a 'rounded up' denomination just to get away. 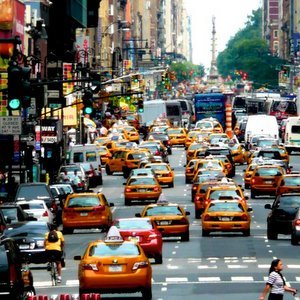 Wise Traveller suggests: Ensure you have loose change and small bills to offer the correct change; get a ballpark cost of the fare before you get into the taxi and, if in doubt, repeat the cost at the end of the destination.

A simple, clear cut scam is to over-charge a naive foreigner compared to the rates offered to locals. Or to hike up charges at the destination if the tourist fails to ask at the start of the trip. Drivers have also been known to inflate charges compared to agreed prices for tourists.

Wise Traveller suggests: Wise up to taxi fares from airports via travellers' forums or online resources before you go. Alternatively, contact your hotel and find out a ballpark figure for the cost of travel from the airport and even ask if they can provide a cab at an agreed rate to negate the potential for being taken for a ride financially. Generally it is best to have a metered taxi and ensure the meter is on at the start of the trip.

The scammer needs to be looking genuine, so a taxi that looks legit may well not be all it's cracked up to be once you get into their 'cab'. Unlicensed and uninsured, the scammer is not only a scourge on the taxi profession, but offers greater safety and security concerns for travellers, particularly lone females.

Wise Traveller suggests: Rather than grab the first car that stops, check the cabs have their company and phone details emblazoned on the sides; check on getting into the cab if the driver has an ID number; check with your hotel before you go what colours to look out for that identify cabs as bone fide taxis and, while out enjoying yourself, be mindful that getting drunk and picking the wrong cab could cost you more than an inflated fare to nowhere. Never enter a taxi or cab when there is another passenger other than the drive.

Part of any taxi drivers' make-up is to chat to you and find out what brings to a city or resort. That may well be fine, but questions that ask whether you have been to a country before, may well just be an opening the driver is trying to find to scam you. 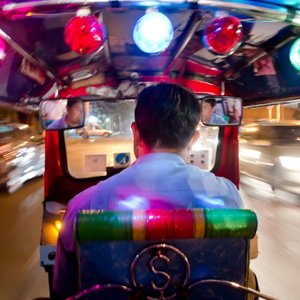 Wise Traveller suggests: If you feel you are getting bad vibes, then you have a choice: stay quiet or be forthright and overbearing to the point that if someone is going to rip you off, then they will have to put up a fight. Most scammers want to slip in and slip out quietly, so make them think twice before they strike.

Touts are the front men that try to hustle for a deal and get money up front only for them to pass you on to someone else for the trip. In some countries, you will be met by a fluent english speaker, pay them for a trip and then be handed a non-English speaking driver who will demand a tip at the end of the trip. Equally, touts can operate outside hotels for day trips, offer the earth and you up with an overinflated trip that would have cost half the price - and typically with a less than capable driver.

Wise Traveller suggests: Ignore the touts and feign the fact you cannot speak English. Seek out a second opinion - airport security, police, local hotel reception, if the tour is a true taxi driver or just a front. If you do find yourself blind-sided opt to pay half the price to the tout and keep the rest of the money back for the taxi driver as splitting them will deliver an interesting incident as both seek to fight over the cash.

Wise Traveller suggests: Be forthright and show them proof that you have the hotel's details and have phoned the hotel before you left the airport. Working in the same area of doubt that they seek to suck you into a scam will second guess them and you'll be delivered to your hotel! Although a little more expensive generally you can always try to arrange a transfer from the airport or train station via the hotel prior to your arrival.

Scammers seek to act on impulse and surprise the tourist. So as the tourist gets out the car, with their luggage in the boot, the driver simply drives off with the guest deserted in the street. Equally paying up front for a return trip to a destination could see the driver driving off at the point of dropping off a traveller never to return.

Wise Traveller suggests: If your luggage is in the boot wait until the driver gets out and always keep your valuables within reach. Keep a driver dangling by simply paying a small deposit with the promise of full payment at the end of a day's trip. Limit your risks by planning ahead, calling it out scamming the scammer.

A driver may well introduce a change of plan instead of a drive to your hoped for destination or day out, and the alternative they offer is likely to be farther away and much more expensive. 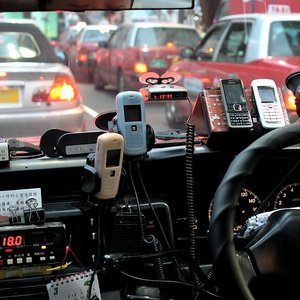 Wise Traveller suggests: Be clear that the driver knows where he is going and insist on going to the dedicated destination. Also claim that you have double checked with hotel reception to ensure that the destination is open.

Beaten By The Meter

Many a time we have been eyeing the meter in a taxi wondering how it can zoom through the local currency faster than driver's looking to fleece you. Often it is just expensive, such as Tokyo or Sydney. Alternatively taxi drivers may 'forget' to turn on the meter and then over charge you once you arrive at your destination.

Wise Traveller suggests: There are different views on whether you agree a price up front or rely on the meter and sometimes this may depend on the country you are in. Highly regulated countries will insist Try and do a little research on your destination to determine the better approach. If you decide to be at the mercy of a meter and think it is going too fast, simply start acting up by taking the driver's credentials. Even ask him to stop and force him to re-calculate the price - then and only then pay at the destination point.

The Long Way Round

Taxi drivers wanting to earn an extra couple of coins may well try and take you the scenic route to your eventual destination.

Wise Traveller suggests: Carry a map and make out you are familiar with the area. That will dissuade the driver to try it on. Alternatively, download a free app to get the inside story on local taxis and routes.

Taxi drivers the world over will always try to suggest that their ride into town is by the best and fastest way of travel - and then charge you extortionate rates for your pleasure.

Wise Traveller suggests: Take the bus! Yep, research the best in public transport in the locality and see if it is a viable and cheaper option. Grouping up with other travellers on the bus will give you safety in numbers and leave taxi drivers' extravagant claims and rip-off dreams in the dust.

Here taxi drivers will slyly negotiate a 'fee' for your destination. Once you arrive the taxi driver charges you that fee but per person.

Wise Traveller suggests: Although it is possible of a legitimate miscommunication, be firm with the driver that it was for the trip not per person and should there be any hint of trouble, take down the name of the driver and the taxi number and call the police or cab company. It will be rare for a taxi driver to push too far with this if it is a scam.

A common scam in Asian countries is the currency exchange. With many currencies floating around it is common to find your change in a currency that is half the value of the original. Not quite a taxi scam, be weary of paying in the wrong currency, many a tired traveller happily hands over the right amount in the wrong currencies and taxi drivers will not always pipe up if they can see a benefit. 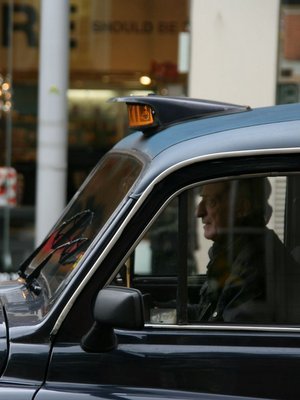 Wise Traveller suggests: Look at your change carefully and ensure it is in the right currency. Have smaller bills and coins so you limit your risk.

Do some research before your arrival, when you get in the taxi ask the driver which way he will take you 'via x or via y?', this should instil enough doubt in the drivers mind that you may be much more familiar with the city than he might first think and he will probably think twice before scamming you.

Top Tips for Taking Your Dog on Holiday with You

Where Not To Point Your Camera