This years Gobi March adventure commences, at least my humble part of it.

All the preparations are done, the suitcase is packed, a little heavier than one might hope and so very glad I don’t have to traipse across the desert with it on my back.  There is also the hope that I’m not that guy that resembles the kid we all knew on the way to a school camp who’s mother has packed for every contingency.

Waving to my family from the taxi the excitement builds as does the trepidation of leaving my family for a time, knowing I will miss them deeply.

The taxi pulling away at 7am is not the cleverest time to start mentally going through whether you’ve left anything really important behind, like spare jocks, your sleeping bag or something really important for the desert like your iPad. Yet that is what generally occurs.  Then that concern starts to over-whelm as you can’t remember actually packing those numerous individual items you know you will need at some point, like toilet paper.  Too late now though.

A flight from Singapore to Shanghai, a standard flight so no big deal. Enjoyable as I treated myself to a last few glasses of wine - yep I know I said it was the morning but .. to Hades I say … no alcohol for almost 2 weeks! Criticise if you wish, but I’m too old to care.

Getting out of Shanghai airport is smooth these days and a supposed short trip for an overnight stay near Shanghai Hongqiao airport.  Well turns out not so bloody short – unless you think one and half hours in traffic is short – don’t believe any guide books that suggest the two airports are relatively close.  Relative in this context means Pudong is closer to Hongqiao than it is to Hong Kong, but not by much. And Google maps does get it wrong sometimes.

Arriving almost an hour later than every guide promised you are tired and all you want to do is check-in, have something to eat and hit the sack knowing there is another full day of journey ahead.  Everything is good, until the meal part.

Can someone please explain how a 4-5 star business hotel near a busy international airport can have 4 restaurants and 2 bars none of which are open? Am I the only one with a problem with this? Turns out the cosmic forces decided on an early night for this volunteer as our well recommended hotel seems to have given all its F&B staff the day off.

With a good nights sleep done, the 5:45am start didn’t seem too onerous for the real part of the ‘getting there’ bit.  A 10min trip to the airport leaves a fair amount of check in time when the flight to Urumqi is at 7:45.  However … if your bag happens to be 2.5 kg over weight – with no leniency here – you are then subjected to the good old excess luggage scam or take stuff out, which I was not evn remotely going to attempt given what it took to get it in. So I go for the excess luggage fee which requires you to check in, pay your ‘fee’ and then again stand in the check in line to collect your boarding pass.  All fine right?  Noooo, as an international traveller apparently my bag doesn’t go straight to the plane, it goes behind closed doors for a detailed luggage inspection, doesn’t it?

Now there is some background required making my initial decision to ‘pay the fee’ a little flawed.

Going to do something like the 4Deserts, even as a volunteer, requires careful planning and packing, in my case 3 hours of packing and arranging everything carefully so when one arrives you don’t have to spend too much time re-packing your actual desert stuff before making your way out to said desert. 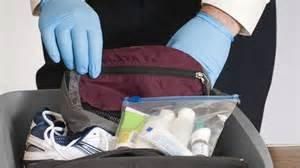 My new friends in the inspection room didn’t really appreciate the nuances and effort behind this, did they?  Standard luggage inspection procedure requires removing everything from every carefully prepacked bag for inspection. This includes zip-locked bags, dry bags and all other selected packaging that has been meticulously employed for optimum efficiency and effectiveness.  They don’t even offer to explain at this point what they are actually looking for which, might have helped.

If you’ve ever seen or used a compression bag, you know its basically a wonderful little invention that will squeeze a great deal of stuff in to something about a third to a quarter of the original size – Tardis bags would be a fitting description.  Now most women seem to have an innate ability to do this with any sized handbag without much fuss. However for us mere mortal males we need lots of technology to achieve the same.  Nonetheless, under instruction, I proceed to unpack everything and as I start to undo one of these a little compression bags way too quickly it suddenly explodes all my socks, undies, a beanie and gloves literally launching them out like some weird jack in the box and scare the living sh** out of the inspector (and me for that matter).

Now, thinking the worst, this inspector didn’t appear to have much of a sense of humour when it all started, I’m instantly imagining a follow up involving little white gloves for a more intrusive and not so pleasant inspection. He owes me right, since I just about gave him a heart attack? I’m sure he was also reaching for his gun as it happened.  However, surprisingly, there was quite a bit of laughter, by the said inspector and his three colleagues.  I imagine seeing some weirdo Aussie’s undies flying across the inspection room at warp speed was a funny moment in what must be a pretty boring day generally.

A few more minutes of checking and a lot more minutes of trying to pack things back in something vaguely resembling its original status the kind officers tell me they were only looking for batteries and lighters.  Still chuckling they ‘released’ me on good behaviour or for humorous behaviour maybe.

Where Is My Bag?

Originally having plenty of time, now there was a little rush to get to the flight – with the only thought being ‘will that bag make it to Urumqi’ on the same flight.

The flight itself was uneventful and even scoring a spare seat next to me, a pleasant rarity; usually I’m stuck between to old guys that should, by rights, buy two seats each.

As the flight approached Urumqi passengers are treated to some magnificent views of snow capped mountains washing down into expansive fields – a good camera is useful at this point.

Then the ritual of the baggage claim wait begins.

First bags off are for priority passengers – definitely not yours, well not mine at least. Then a little anxiety commences as bag after bag rolls down the slide, with the anxieties increasing with each bag that appears that is not yours.

There is something about the first lot of bags that makes one think those nasty bags know exactly how you feel and they work on increasing the level of anxiety.

They tease you as they come up the ramp, showing you only a glimpse of who they are, never enough to really give themselves away. Hiding behind all those other hopeful passengers. Passengers that don’t appreciate the fact that pushing in front will not make their bag come out any faster than your. Those spiteful little bags, with their well rehearsed routine, making you think ‘yes you little black bag, you look like mine’, only to blatantly shatter your fantasy by exposing its true self once it appears in full view, almost screaming at you ‘haha, I’m not yours’ and once again destroying any hope of getting out before the rush. Just cruel I say.

In the end though my bag did make it to Urumqi on the same flight as me, so having sacrificed that virgin goat to the luggage Gods the night before has paid off again.

As did the next virgin sacrifice – oops, pre-arranged pickup that is. Nothing better than walking through the exit doors and you see your name on a little whiteboard, knowing it has saved you from running the ‘taxi tout’ gauntlet awaiting most tourist just outside.

How to Minimise the Risk Around Coronavirus When Travelling