A short note of warning:

If you are easily offended or insist on political or social correctness, then stop reading Tribal Travelling Traits now.   The following is tongue in cheek and no offence to any nationality or race is intended.  The ability to laugh at oneself or the peculiarities of ones' nationality when travelling is not an art, but a survival tool.  We all belong to the human tribe and yet, we are so different depending on our nationalities.  Travelling can either bring out the best or the worst in people.  As birds flock together, it is amazing how nationalities when abroad, do or act exactly the same.  Yes, I am stereotyping people, such a naughty thing to do, but let's be honest we all do it. 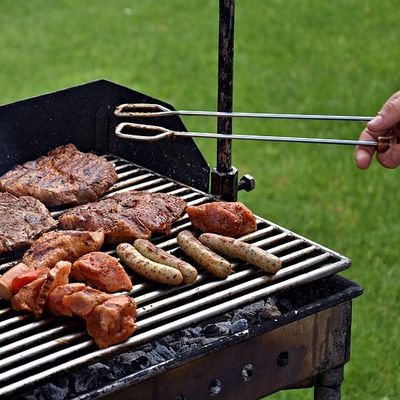 Being Australian, I am constantly amused by my "vegemite lugging" flip-flop wearing buddies, to the point that I relish the fact that I am quite often asked what nationality I am. Obviously I do not reflect the "bogan Aussie" image at all, which is a blessing as far as I am concerned.   Australians are renowned for being big drinking nature lovers who are sports mad and who love to have a barbecue. The men will be huddled around the barbie helping the cook with a beer in hand, whilst the women are normally relegated to the kitchen with a glass of "chardy". Put a group of Australians anywhere in the world and this scene can be replayed, it does not require being on home soil. So now that I have thrown off at my own breed, the rest of the world is at my mercy.

The boisterous American can be found anywhere as they are intrepid travelers if not light footed ones.  Awareness of different cultural expectations does not seem to appear on their radars as they circumnavigate the world with booming voices. They are assertive in manner and you can walk into a fast food venue in any country and you will find a few.   Normally fantastic in the tipping stakes, they are loud and proud of being American.

Anti-American British have a general habit of swearing wherever they may happen to be.  Show me a restaurant anywhere in the world selling pseudo British food and there will be some Britains scoffing it down.  They are really not adventurous in the tasting of local food specialties preferring to eat stodge.  Big drinkers, they are as sports mad as the Aussies. The British are firmly class orientated and love to have a whining bitch session on the bus, train or any other form of transport where they have you cornered en route to your next stop, which can't come quickly enough as far as you are concerned.

I am yet to come across a Canadian in my travels that will not be aware and considerate of local customs.  Tolerant globetrotters for the most part, they are law abiding and respectfully polite.  Though the French are known for their snobbery and arrogance, my love for their crunchy baguette will allow me to forgive them for these traits when I hear a gaggle of French accents in an airport.  The hand gesturing Italian is only a problem when attempting to walk past one.  The Japanese are traveling cameras who love to take "selfies" in any part of the world, whilst the Chinese need to follow en masse behind an umbrella or flag waving tour guide. As vodka is an international commodity, the Russians are at home no matter where they are in the world.  Preoccupied with flashing any wealth status they may have, Russians do not appear to have any sense of "personal" space or patience when having to stand in a queue.

These are the nationalities that I seem to run into on the international stage of airports, train and bus stations.  My nationality selection criteria for a "roasting" was actually quite random. I did not attempt to describe the travel proclivities of the Irish, New Zealanders, Spanish, Belgians, Koreans, the beautiful Brazilians, Danish, Dutch or the Germans, let alone the Mexicans that are known to cross borders. The Swiss and the Swedish are in a completely different bracket of world wanderers.

At the end of the day, we are all two legged creatures that now bump into each other as we roam the world in a lust of wonder and amazement. Subconsciously we gravitate to our own nationalities in far-flung places for that little bit of feeling at home, despite where we may be.

Travel etiquette is all about mixing nicely with different nationalities in spite of our perceived differences and being able to laugh at moments of racial madness.  The planet can prove to be a very small playpen at times.

Conquering A Fear Of Heights

How to Photograph the Northern Lights

A Beginner's Guide to Outfitting a Vehicle for Car Camping