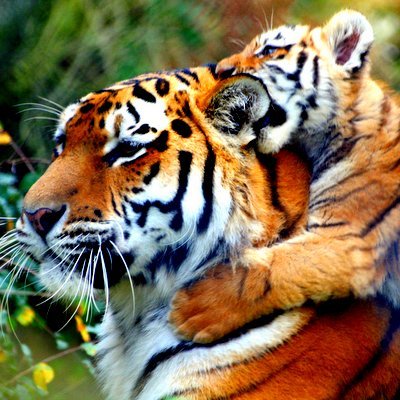 How To Avoid Creatures That Bite In China

Everyone wants to see the pandas in China, but few wish to get up close and personal with some of its' species that are not quite so endearing.  The vast landscape of China is one of the most biodiverse countries outside of the tropics from the inner Mongolian steppe to the jungles of Yunnan and the mountains of Tibet referred to as "the roof of the world", all creating homes for an abundance of wildlife. Remember that medical care outside of the major cities is often inadequate, so make sure you have enough insurance to get you out of the wilds of the Middle Kingdom and into a city in a hurry if need be.

Found all across Southeastern China, the Chinese cobra is more venomous than the King Cobra.  It lives in mangroves, rice fields and forests, but can also be found in more populated areas.  Not really an aggressive individual, it will bite if feeling threatened, such as trodden on.  You really don't want to know its wrath that results in swelling, pain, blisters, fever and lockjaw - even death - however there is an anti-venom available.

Quite frequently kept as pets, the Chinese Bird spider will give you nightmares with its size, deadly venom and aggressive manners.  Found mostly in Guangxi and Yunnan provinces, it is a nasty species of the tarantula that captures its prey by emerging from dirt burrows to attack. The huge 8 hairy-legged nightmare has fangs that will poke, causing severe nerve damage and if left untreated will result in death.  This is not a critter that you want to encounter on a bush track.  The golden earth tiger with its golden abdomen is closely related to the Chinese Bird spider.  Its venom will cause swelling, joint stiffness and severe pain in the bite area.  Lurking in the northwestern area of China, the Chinese Wolf Spider has a venom that destroys red blood cells inducing hemorrhaging in humans.

Known for their bad manners and hostile natures that have been attributed to the fact that they have to compete with tigers, the Asian Black Bear is definitely not the cuddly type.  Living in Liaoning, Jilin and Heilongjiang provinces, they are more threatened by humans, than we are from them, as they have been hunted for body parts for traditional Chinese medicine.  The Asian Black Bear is classified as vulnerable by the International Union for Conservation of Nature.

Often referred to as the "yak killer hornet", the Asian Giant Hornet is the world's largest hornet with stings that can kill a healthy adult. They are attracted to alcohol, human sweat, sweet flavors and smells, plus people running away from them.  So in effect, do not wear perfume or cologne, splash on plenty of deodorant and forget about having a drink of any alcoholic concoction if you are in the Shaanxi province.  Its venom contains toxins that destroy red blood cells.

A large and angry centipede that definitely won't tickle you if it bites, the Chinese Red Head is known by numerous names such as the jungle centipede, the giant centipede and the Vietnamese centipede.  Dying from its bite is rare, but a 7 year-old girl only lived for 29 hours after being bitten on her head.  Thriving in Guangdong and the Haizhu areas, a close encounter with one of these critters will leave you in extreme pain with severe swelling, fever and general weakness.

The four-legged man's best friend is the most likely creature to bite you when in China.  There are over 2,000 reported deaths every year as China has the second-highest number of rabies cases in the world.  In other words, don't pat that cute looking stray dog and if by some horrible chance you are bitten by a dog you should get yourself to the nearest clinic stocking rabies immunoglobulin and vaccine.  You really don't want to leave the world in a frothing mad frenzy.

Unless you fall into a tiger enclosure at a Chinese zoo, you will not come across a South China Tiger, as it is an endangered species with most scientists believing that the species is extinct in the wild.  According to the World Wildlife Fund, it has not been seen in the wild for over 25 years, so you can cross this creature off your list of man-eating possible encounters.

Last but not least, the annoying buzzing mosquito that can deliver a bite, which could be merely itchy or the deliverer of nasty parasites, bacteria and deadly diseases.  One jab of its needle sucker and you could come down with Japanese encephalitis, malaria, typhoid or dengue fever, to name a few of the nasties that this annoying insect likes to carry around. About 1 in 4 cases of Japanese encephalitis results in death and others such as malaria and dengue can be potentially fatal.

Make sure you slather yourself in insect repellent containing DEET and impregnate clothing with permethrin, if you are in a high-risk area.