Whether you have your bags packed and are wetting your pants with excitement to get on the plane to South America, or if you are merely armchair travelling, below you will find an inspirational list of books to get your teeth into if you are over reading facts, getting lost on maps or checking out the weather:

The famous Marxist revolutionary, Ernesto Che Guevara has written a memoir relating to his epic eight-month journey with a friend on basically a scrap-heap of a motorbike nicknamed "The Mighty One".  This is a fantastic tale of camaraderie, adventure and being pig-headed enough not to let anything stand in their way of crossing the Andes, the Atacama Desert and the Amazon however they could.  The story romps through Chile, Brazil, Peru, Argentina, Colombia and Venezuela in a quest of self-discovery.

The Motorcycle Diaries is a great read to be savoured.

2. One Hundred Years of Solitude by Gabriel Garcia Marquez

Written by a Nobel Prize winner for Literature, Gabriel Garcia Marquez, One Hundred Years of Solitude is one of the literary world's most famous novels. This is a tome covering seven generations of one family living in a rustic settlement in the mountains of Columbia. The magical story is a tapestry of mysteries, the supernatural and political ideology with a comical slant.

Marquez is a master of words and a prominent figure of Latin American literature with numerous fiction and non-fiction works and poems to his credit such as Memories of My Melancholy Whores, Strange Pilgrims and In The Evil Hour, to name a few.

3.  The Alchemist by Paulo Coelho 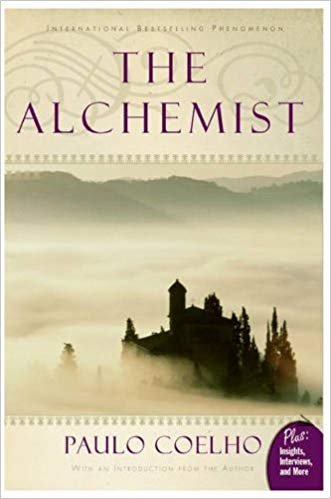 Referred to as a modern classic, The Alchemist has sold millions of copies worldwide. A story of self-discovery, it begins in Santiago with the story of an Andalusian shepherd boy who wants to travel the world in search of treasure. It's a simple fable of following your dreams that melds magic and wisdom while taking you along a journey from Santiago to Spain, Morocco to Egypt, where the shepherd boy becomes spiritually enlightened at the foot of an alchemist.

The Alchemist is a fantastic fairy tale of drama and comic moments about becoming self-empowered and believing in dreams.

Famous reads with touches of romance:

4.  Ines of my Soul by Isabel Allende

A sweeping saga based on the historical events of the founding of Chile, Ines of my Soul, regales the story of one of the first female conquistadors of the New World in the 16th Century Americas. A passionate and thrilling journey of a daring and complicated woman, the adventure entertains and educates at the same time about the life and loves of who is believed to be Chile's "founding mother", Doña Inés Suárez (1507– 1580).

This is an epic story of fierce battles and intense romance.

5.  Love in the Time of Cholera by Gabriel Garcia Marquez

A long and lingering look at the myth of love set in South America, Love in the Time of Cholera, is the story of a never-ending love that is unrequited in youth and fulfilled in old age. A turn of the century tale of the people involved in a love triangle, it's sensitive and real, overflowing with human emotions without being commercial dribble.

This is a book not just for females, as I am sure that males will enjoy reading this richly woven story exploring the emotion and the rituals associated with love, discovering the extraordinary in the commonplace.

6.  Love and Death in Santiago de Chile by Laila Comolli 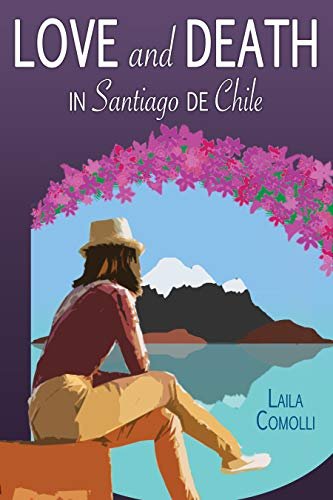 Super descriptive so that you feel like you are in the picture frame, Love and Death in Santiago de Chile won't make your hair stand on end, become crimson with embarrassment or upset your sense of propriety, as there is no raunchy sex, no violence or what some may label as foul language. A book to devour on a long flight, as it's only 215 pages of intrigue, this light mystery has quite a few twists and turns to keep you guessing. Thrown into the mix of "whodunnit" is a romantic travel adventure with a few sidetracks, such as mother issues.

Set in Baños Morales in the foothills of the Andes Mountains of Chile, two strangers die within 24 hours of the main character arriving, an American named Anabel Andrews. The story takes you through salsa clubs, markets and restaurants of this incredible Chilean city as the heroine, in the company of a good-looking stranger, chases her suspect killer. It's a light and easy read that is aimed at female readers. 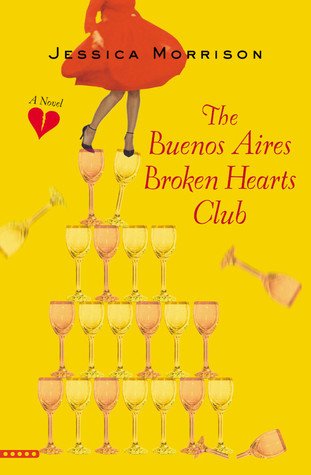 Another escape hatch for the females, The Buenos Aires Broken Hearts Club is a funny and fresh romance novel based in the blogging world of the main character, Cassandra Moore. Basically, she is an obsessive-compulsive who finds her carefully laid out life-plan in the rubbish bin. Impulsively she buys a ticket to Buenos Aires, where the fantasy stud appears unbidden in her life. Many cafes and attractions in Buenos Aires are in the book, so it's a bit of a precursor to eventually landing in the vibrant hub of the city.

Easy to read, the storyline is about finding yourself and accepting that life can be messy despite the best-laid plans.

Other books to check out:

Which Travel Trends Will Surge and Decline Due to the Pandemic?

Top 5 Places in Lapland to Visit this Winter