Friend:  “So where are you going this year for your big adventure?”

Friend:  “Isn’t that a little mainstream for you?”

For some reason, Greg and I seem to be seen as the travellers who find what is considered to be a remote or challenging location (and yes, I will admit that anywhere that doesn’t have Wi-Fi is of particular interest) and then we go drive around it. Driving allows us to really get into a country, and it also gives us time to catch up on anything that we have not discussed since the last time we were in the car together. 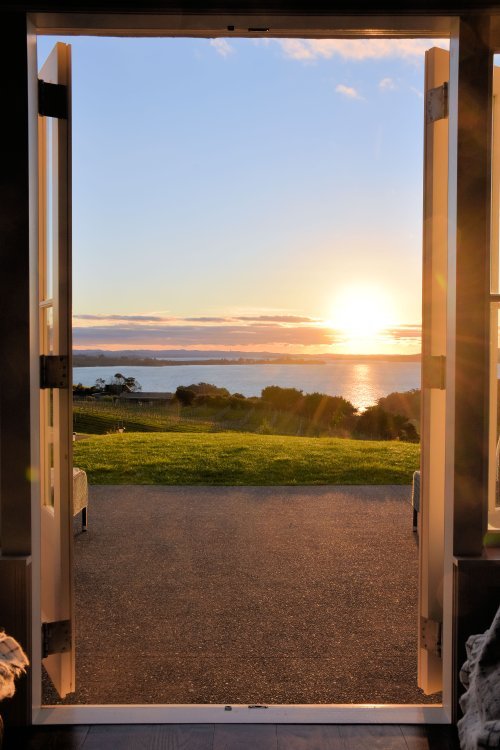 I am really not a planner.  A lot of our trips have come up as a result of opportunities falling into our laps, and we have grabbed them with both hands (and sometimes feet!). However, while we were in Cuba (speaking of no Wi-Fi) we spent some time listing out all the places that we really want to visit before we become old(er) and (more) decrepit, and this year New Zealand was up!

As Australians, Greg and I have really no experience of New Zealand, and I believe that comes from our always looking further from home when we considered travel experience. So, in spite of appearances, New Zealand really was the unknown for us. For that reason, I did something that I probably would not normally do in a country that is so close to my own. I sought help.  A big thank you to Touch of Spice (https://www.touchofspice.co.nz/) for being so helpful and for looking after us throughout the whole vacation.

I find that I tend to remember our trips in terms of themes: Peru for the constantly changing landscape; India for the energy and driving; Namibia for the animals; and Iceland for the unparalleled beauty and completely difficult language. New Zealand will be remembered for its indulgence.

We started at the top of the North Island (Russell) and drove all the way south to Queenstown across the space of three weeks. Unfortunately there are several stereotypes around New Zealand that I was, sort of, able to dispel.

Firstly, we saw more cows than sheep. The dairy industry is now substantial in New Zealand, which means that the sheep population has declined. This did not stop us from seeing some very cute lambs along the way!

Someone once told me that the New Zealand drivers are “maniacs”.  If they are, they are the nicest that I have ever seen. Obviously every country has the odd idiot, but they were very few and far between. This may be because the traffic is so light there really isn’t any need for road rage. I am also not entirely sure how you can be unhappy being held up when the view is so fabulous. At one point, while we were waiting for the lollipop man to wave us through, I watched a seal sunning himself.

Even the large trucks that we met along the road were polite. Yes, the roads are winding, but there is usually so little pressure from the traffic that you can just enjoy the experience and easily pull off for yet another photo!

There has been the suggestion that New Zealand is in somewhat of a time warp.  I believe “1950s Australia” was the term I have heard used. OK, I did really get into the porridge while I was there. It is also possible that I was seen to be having brandy snaps for dessert one night; while I reminisced about the fact that the last time I had enjoyed brandy snaps, my grandmother had still been with me. Apart from this, I am not sure what people are seeing.  What I found was an extremely global culture.

New Zealand obviously has hotels, but they also do the idea of lodges very well. This is where you stay in a large house and are provided meals and drinks in the central areas. We stayed with an Italian owner with a PhD in philosophy; we stayed with a US/El Salvador couple who worked with the UN prior to retiring; we were on a large property owned by a US financier and we were taken around in a 4WD by a guy who has run security for Metallica and Linkin Park. We enjoyed the outdoor fire of a New Zealand owner who is based in Sydney. Everybody we met had some form of global story, and I found all of them fascinating as to how and why they were now making their lives in New Zealand.

To be honest, I had thought the trip would be more about the wine. Oh don’t get me wrong, we definitely did some homework, and I learnt to reverse some of my judgments about large commercial vineyards. But the days that I thought we would spend running around vineyards getting slightly sloshed did not really materialize.

We got out on the water; we made the unpleasant discovery that while whales are amazing, they don’t actually smell that good! We found a great aviation heritage centre (www.omaka.org.nz) where the World War II exhibit plane I was photographing was wheeled out on to the tarmac straight after as it was going to be flown to Auckland the following week. We spent time in very remote cottages just watching the sea and the mist, and we wandered around the most Southern located observatory in the moonlight taking photos of the stars.

I have a very bad habit of visiting countries, falling in love with them and then telling Greg that we should move to and live in this location. Greg is very good at nodding sagely and then letting me get over my current fixation. Funnily enough, I was very careful not to say these words about New Zealand because I could live there, very easily, and I know I would love the experience. For now, I will keep it to the fact that I am hugely happy that New Zealand is so close to my home, as I know that I have a place of beauty to visit when I no longer want to do the really long flights.

Best Places To Spot Blooming Blossoms In The USA This Spring