Commemorating the signing of the Treaty of Waitangi in 1840, Waitangi Day is a public holiday in New Zealand.  If the date falls on a Saturday or Sunday, the following Monday becomes the public holiday. 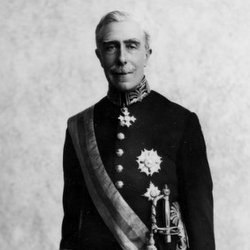 It was actually first celebrated in 1934 when Lord Beldisloe, the Governor-General at the time, gave the Treaty House and the grounds at Waitangi to the people of New Zealand.  Located near Paihia in the Bay of Islands, the site is a national memorial as it symbolizes the relationship between the indigenous and the colonizing people. First signed in February 1840 by representatives of the British Crown, the treaty was then carried around the country to more than 500 Maori chiefs for their signatures. The outcome was to secure British sovereignty over the islands.

Waitangi Day's annual celebration began in 1947 with not a Maori in sight and it wasn't until 1974 that it was declared a national holiday known as New Zealand Day. The New Zealand flag, instead of the Union Jack, was flown plus a replica of the flag of the United Tribes of New Zealand.   It was in 1975 that the holiday was renamed back to Waitangi Day. To this day there have been many protests held on the day due to the fact that many Maori rights agreed to under the Treaty are not being honoured.  Despite the sensitive issues, Waitangi Day observes an agreement between 2 parties, rather than a colonial discovery date.

Internationally nicknamed "Kiwis", after a small flightless bird indigenous to New Zealand and a common symbol of the country, the people of New Zealand have an historical tongue-in-cheek rivalry with their neighbours across the water, Australia.  The celebrations of Waitangi Day reflect a similar laid-back culture and sense of humour, as that of their Aussie counterparts.  But unlike the Aussie's with their vegemite, marmite is the legendary must have for the Kiwis.

The serious official celebrations actually start the day prior on the 5th February with political bodies and locals gathering at Ngapuhi Te Tii marae in the Treaty Grounds in the Bay of Islands for political discussions and debates.  The pomp and ceremony follows through to dawn on the 6th February with the Royal New Zealand Navy raising the New Zealand Flag, Union Flag and White Ensign on the flagstaff in the Waitangi treaty grounds. There is a formal church service and cultural displays and a navy ship re-enacts the landing of Governor Hobson to sign the treaty. A sight to behold is the traditional "outing" of the Ngatokimatawhaorua, an historical war canoe that usually sits on the grounds of Waitangi, which can hold 80 paddlers and 55 passengers, making it the world's largest canoe.  The flags are lowered at the end of the day, but the celebrations are a 3-day festival of food, dancing and music.

Elsewhere in New Zealand local communities gather together for educational experiences of the Maori culture ilk, whilst others spend the day at the beach in relaxation mode.  Auckland hosts many family-focused celebrations such as live entertainment, traditional Maori food and kite flying. Wellington holds its festivities on the city's waterfront with plenty of activities such as a waka fleet exhibition, Te Aro Pā walking tours, weaving, waka building, haka displays, Māori myths and legends plus storytelling. In Rotorua, an event known as "Whakanuia" is held with activities centering on the culture of the Maoris. All over New Zealand you will find major sporting events and folk music festivals.

London has one of the largest New Zealand expatriate populations and Waitangi Day celebrations are embraced by the New Zealand Society UK with annual awards and entertainment.  Others in the UK prefer to participate in a traditional pub-crawl around London.

Whatever you get up to ensure that you get to experience the ultimate foodie scene of a "hangi" - an underground barbecue pit where fish, chicken or whatever is cooked.