Considerations: The Philippine's Independence Day is a national holiday so all government offices, local businesses, schools and some shops are closed for the day.  Public transport is still running but their routes may change due to closure of streets for parades.

Independence Day (aka Day of Freedom) commemorates the Philippine Declaration of Independence from Spain on the 12th June, 1898.  It was not celebrated as the country's National Day until 1962 and the proclamation is 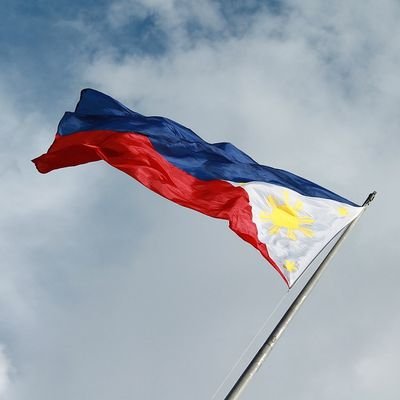 depicted on the back of the Philippine five-peso bill.  This declaration was written by Ambrosio Rianzares Bautista.

From an historical writing of "Viva la independencia Filipina!" on the wall of Pamitinan Cave in Montalban expressing the goal of a secret society that would lead the beginnings of the Philippine Revolution, members rebelled against the Spanish conquest of their country.  It wasn't until December 1897 that an agreement between the Spanish colonial government and the British Filipino revolutionaries established a truce and the revolutionary leaders went into exile in Hong Kong.

It was when the Asiatic Squadron of the U.S. Navy defeated the Spanish in 1898 that the declaration of independence would inspire people to fight the Spaniards and lead other nations to recognize the independence of the Philippines.  Its author read this solemn proclamation of 21pages and the flag of the Philippines was officially unfurled for the first time on the 5th June 1898, decreeing June 12th as the day of independence.

The Philippines failed to win international recognition of its independence including that of the United States or Spain and the country was later given to the United States in the 1898 Treaty of Paris.  The Philippine-American war followed with the U.S. granting the Philippines its independence in 1946.  It wasn't until 1962 that President Diosdado Macapagal issued the Presidential Proclamation that declared June 12 a public holiday: "in commemoration of our people's declaration of their inherent and inalienable right to freedom and independence".

The Philippines National Day is celebrated throughout the Philippines and in other countries where there is a Filipino community, as it is one of the most significant dates in the Philippine's history.  The original copy of the Proclamation of Philippine Independence is in the National Library.

What do people do?

The celebrations include numerous flag waving parades of government officials, employees and students, with the main highlight being the police and military parade lead by the incumbent president, followed by a speech and a 21-gun salute in Rizal Park in Manila. There are also wreath laying and ceremonial flags being raised all over the country in historical places. Then come an abundance of fireworks in celebration, whilst flags are proudly flown in homes and many establishments.  The locals spend the day with family, relatives and friends. 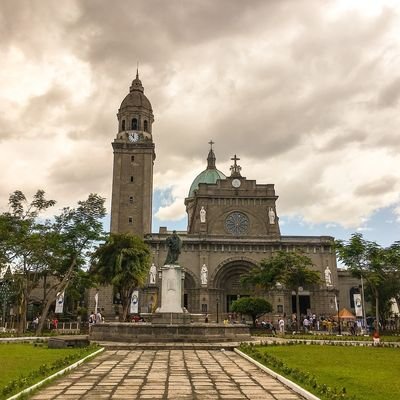 paraphernalia throughout their homes.  Going to church on a Sunday is a given and quite a few go 2 or 3 times during the week as well.  The sign of respect to their elders is when they raise the back of their hand to their elders' foreheads.

Filipino's love to celebrate no matter what the occasion is or the festival and are known to have the longest Christmas celebrations, as they start getting in the mood as early as August.

Food is high on the daily agenda and Filipinos are known to snack whenever they can.  Chicken adobo is the iconic dish created by chicken marinated in soya sauce and vinegar mixed with other delectable items, whilst "balut" (duck embryo) is everywhere on the street food scene.  Not to everyone's taste, it is eaten in the shell with a splash of vinegar.  From raw fish salad to "kare kare" (aka curry) of oxtail, sinigang (sour meat stew) to suckling pig, you definitely won't go hungry.  For the sweet tooth soul there is the famous "Haol Halo" created from ice shavings, evaporated milk and chunks of goodies mixed together and of course you will find "buko" (coconut) everywhere to sip its fresh juice and then to dive into the fleshy fruit inside.

Home to the 2nd most popular rum in the world after Bacardi, Tanduay rum has been made on the island since 1854.  Cheaper than buying bottled water, make sure you have a few before you join in with the favourite pastime of the Filipino's, karaoke.

The Insecure Traveller - A Side Effect of Covid Lockdown

Game Hunters and Conservation—Addressing the Elephant in the Room