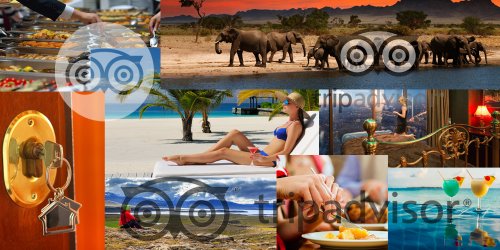 Tripadvisor Not Always As It Seems

Why You Shouldn’t Only Rely On Tripadvisor

When you’re planning a holiday, chances are that you turn to Tripadvisor to seek out ratings and reviews of the hotels, restaurants, bars and tourist attractions that you are considering visiting. But just how trustworthy are those reviews? We delve into the authenticity of Tripadvisor reviews to explain why you shouldn’t book your holiday solely based around this content.

Up until recently, Tripadvisor has been the bible of many a traveller; the site that is checked before booking a hotel, deciding on a restaurant or checking whether an attraction is worth spending time on. And this has over time created literally an economy focused on Tripadvisor reviews - both good and bad.

Now, we’re not about to propose completely abandoning Tripadvisor, yet there is fair evidence that suggests the average traveller should be cautious about believing all that appears and it is prudent to search out a broad cross section of reviews across unrelated source.

Absolutely anyone can leave a review on Tripadvisor, so how do you know if you are reading a fake negative review left by a competing business, a fake positive review that the company has purchased, or an actual genuine review? And what about the genuine negative reviews that have been removed and are no longer visible? The short answer is, you don’t know.

Let’s start with fake negative reviews. Say you own a hotel in a small beach resort, and the other hotel in town is doing significantly better trade than you are. What is to stop you posing as guests and leaving terrible reviews on Tripadvisor? At the same time, you can leave fake positive reviews for your own hotel. Your Tripadvisor rating will soar as theirs plummets, and no one will know that the reviews were all fake.

Not only do you have to be cautious about the reviews that you see whilst browsing Tripadvisor, you also have to consider that you are not seeing the entire picture. If a business has a large amount of negative reviews, it is actually possible for them to ask Tripadvisor to remove them.

An insightful blog post by reputable travel blogger, Angie Away, details an unfortunate incident when her trip abroad to get married with her family and friends in attendance did not go as planned. After bad experiences at their chosen resort, Angie and the rest of her party left negative reviews on Tripadvisor, all of which subsequently vanished. After writing about the disappearing reviews, another business owner got in touch to explain to Angie how Tripadvisor works for businesses. It became apparent that not only does the website remove any reviews that they deem to breach their extremely specific guidelines, but a business-owners-only forum takes advantage of that knowledge to advise one another on how to dispose of their negative reviews. In Angie’s case, the resort owner had shared the bad reviews and other forum users had advised him to as how the reviews could be said to breach guidelines.

- See the Angie Away article on her Tripadvisor experience.

Now, this feature is important for our previous observation that it is possible to leave fake negative reviews. If your business has been reviewed negatively and the review is genuinely false, there must be a way to remove it or your reputation on the site will be tarnished unjustly. But this is where the real issue with Tripadvisor lies: there is no way of telling whether a review is genuine or not.

There have been several other high profile cases recently that further highlight the issues with Tripadvisor. A homeless shelter was recently listed as one of Britain’s top-rated hotels, and a five-star Italian restaurant turned out to not actually exist at all, showcasing the unreliability of the site’s reviews. It has also crept into public knowledge that there are several websites such as Tripadvisor Boost and Real Tripadvisor Reviews that pay individuals to write huge amounts of fake positive reviews for various businesses, or that ask businesses to buy huge amounts of fake positive reviews on Tripadvisor. Despite promises that the money raised will go to charity or that you will be helping out small businesses, the people that work with these sites are just assisting in deceiving consumers.

It’s not just fake reviews that you have to watch out for. There are an increasingly amount of hotels and restaurants that place immense pressure on their guests to leave positive Tripadvisor reviews. Many establishments offer discounts if you complete your review then and there, under their watchful eye. Whilst it isn’t wrong to casually ask your guests to leave a review at the end of their trip, it is morally wrong to offer a discount for positive reviews placed, and a large amount of businesses have found themselves blacklisted from the site after allegations were made against them.

Overall, Tripadvisor is by and large still a respectable site to aid in the planning of a trip. There are over 320 million reviews on the site, and the vast majority of those will be added by the honest traveller. As long as you don’t rely solely on what you read and make sure you can verify the information for additional sources, you will hopefully gain an accurate description of the place you wish to visit.

Try other sites such as Oyster.com and TripExpert.com and see if the reviews match up. Have a look at the hotel’s social media pages and quite a few of the hotel booking sites also offer hotel reviews to see the feedback that exists there.

For extra reading on Tripadvisor reviews

5 Tips To Choosing The Right Destination For You

10 Fastest Ways to Enter and Leave an Airport