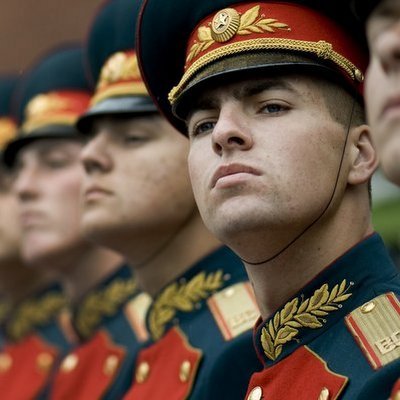 With a long, rich and often chaotic history Russia offers up a huge cultural experience when visiting.  Also being the largest country geographically stretching from Eastern Europe, over the Black Sea and Middle East although why past China and Mongolia its cultural diversity is amazing (75% of Russia is actual part of Asia). As with most countries here are some facts that you should be aware of when deciding to visit.

1. The average Russian drinks 18 litres of alcohol per year

Russians rank 4th in the world for alcohol consumption – almost more than the U.S. and Canada combined. I wonder if it’s because the word vodka stems from the Russian word for water?  When you consider that beer was only officially deemed an 'alcoholic' beverage in 2011 Russians do well in the drinking stakes.

2. There are 9 million more women than men in Russia

If you’re a Russian lady looking for a man, you may have to look beyond the Motherland. During the 20th century, a huge portion of the male population was killed due to wars and famines.

In the new millennium, Russian men are continuing to die at younger ages - and more frequently - than their female counterparts.

The reason? Alcohol-related accidents and diseases related to alcoholism.

3. An 18th century Russian woman gave birth to 69 children – all fathered by the same man

Over the course of their 40-year marriage, Mr. and Mrs. Feodor Vassilyev had 4 sets of quadruplets, 16 pairs of twins and 7 sets of triplets. After his wife died (presumably from going through childbirth sixty-nine-freaking-times), Mr. Feodor remarried – and impregnated his new wife no less than 18 times. Of the 87 children he fathered, 83 survived into adulthood.

4. Russia is home to the most radioactive lake in the world

In the 1950s, Lake Karachay was used as a receptacle for radioactive waste from a nearby nuclear power plant. Today, the sediment on the bottom of the lake is made almost entirely of highly radioactive deposits, and the lake itself is considered the most polluted, most toxic, most radioactive spot on earth.

At the Hermitage Museum in St. Petersburg, more than 70 cats roam the halls, protecting the artwork from mice and vermin. The cats that live in the museum today are said to be the descendants of the original cats, who were ordered to work by Empress Elizabeth in the mid 18th century.

6. Russians drink their vodka with pickles

My Russian friend Yana always gives her party guests shots of vodka with a dill pickle ‘chaser’ – sort of like following a shot of tequila with a squeeze of lemon or lime. The saltiness of the pickle cuts through the aftertaste of the vodka as it warms your throat – preventing post-shot hacking, coughing and face-making.

When the Moscow police noticed parked emergency vehicles with blinged-out interiors – think mini bars, plush seats, and flat screen TVs – they knew something was amiss. But the biggest giveaway came when they realized non-emergency personnel were the ones in the driver’s seats!

It turns out that Russian companies were renting fake ambulances to ultra-wealthy drivers so they could – you guessed it – turn on the siren whenever they wanted to bypass traffic jams. Talk about VIP treatment!

8. Russia is so big there are over 100 different languages spoken

Although Russian is the official language for the Federation, there are 25 'secondary' languages recognised for a number of individual states within the Federation.  However there are over 100 different languages spoken culturally (not including languages that are taught at school like English and French).

Have you ever been to Russia? What shocked you the most? Let us know in the comments below!

6 Best Retreats Around The World