A Finger Into the Sea—Punta del Este, Uruguay

Where the river Rio de la Plata meets the Atlantic Ocean, Punta del Este is a finger of land jutting out from the Uruguayan landmass, separating the calm waters from the rough surfside. This peninsular is literally smothered in soaring high-rise buildings, and it’s a favourite holiday spot for Argentinians, Brazilians and Uruguayans, with the well heeled owning holiday properties. It resembles the typical beachside areas in Europe during the winter months, in that it's almost deserted, with many shops and restaurants closing for the off-season.

Referred to as the "Pearl of Uruguay", I can only imagine what it's like during the summer months, as when I was there it was definitely the low season, blowing a gale of sand over the roadways and freezing cold. In spite of this, some Argentinians I briefly spoke to said that they preferred coming to Punte del Este at this time of the year because there was no-one around to interrupt their blissful time out.

Apparently, it's basically a crazy and chaotic spot when it's hot. Bronzed bodies are splayed all over the golden sand, restaurants are jammed with hungry souls and there is only shuffling space on the wide shoreline promenade that is cheekily named the "glamour catwalk" during the summer.

Punta del Este is the chic playground in the heat that sees thousands of folk flock to its shores of sand, woodlands and rocks. It's where the international jet setters like to hang out in indulgent bliss at one of the beach clubs littering the sun-drenched beaches. They swan around in the casino or on stunning white boats in the marina. Or they indulge in a local drop of vino in one of the many upmarket restaurants dishing up seafood still glistening from seawater.

Located only 130km from Montevideo, Punta del Este is easily accessible.  It's divided into two: Playa Mansa (the quiet beach with a protected shoreline) and Playa Brava (what is considered to be the "rough" beach). The iconic sculpture "The Hand on the Sand" (1982) is perched on the sand of La Brava and is the scene of numerous busloads of tourist gawkers at any time of the day.

The same can be said for the incredible Casapueblo, created by Carlos Páez Vilaró a Uruguayan sculptor and creative visionary of mammoth proportions. In the summer months, you can check into this otherworldly white vision of a hotel that tumbles down toward the ocean.

During the winter months, you will have to contend yourself with roaming around the museum and the promontory that it's perched on, awash with crashing waves on the rocky shore. The museum/studio overflows with pottery, paintings and sculptures from different periods in the artist's life. There is a video room where you can watch a documentary about his life and work. Casapueblo is an experience that you won't forget and a journey into the gifted mind of a master of whimsical fantasy and imagination.

Tip:  Whether it's high or low season, take a bus tour to Casapueblo and do not attempt it independently, as I did. You will end up walking for miles! 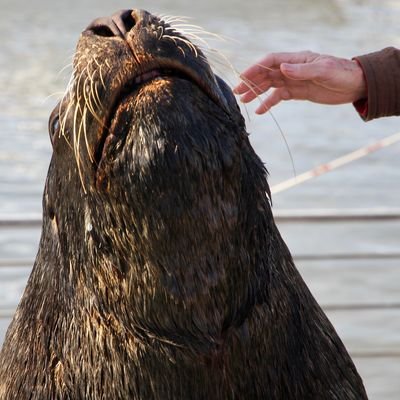 Punta del Este is where you can jump on a boat and visit the largest colony of sea lions in the whole of South America, and Isla de Lobos (Sea-lions Island) is offshore from Playa Brava. But if you don't wish to be on a boat, then head down to the port area where a few of the cheeky rascals tend to hang out with the local fishermen, waiting for a handout of fish. If you are lucky, you will get to actually stroke one of these beautiful creatures without losing your hand.

The port is the perfect place to meander around the moored boats, watch the fishermen working and to relax in the sunshine with that perfect coffee or over a long decadent lunch with a panoramic vista over the water.

How to Avoid the Crowds this Summer

How Could COVID-19 Change Cruises?

Making the Most of a Short Break in San Francisco