A Guide to the Carnival of Venice

The Carnival of Venice is one of the most anticipated annual festivals in mainland Europe, attracting hordes of tourists every year to marvel in the elaborate costumes that participants wear. Many guests choose to join in with the festivities, renting a costume or purchasing a mask from one of the many boutiques in the city, but it also possibly to enjoy the carnival as an observer, as there are many parades, street entertainment and food stalls dotted around the city for its duration. 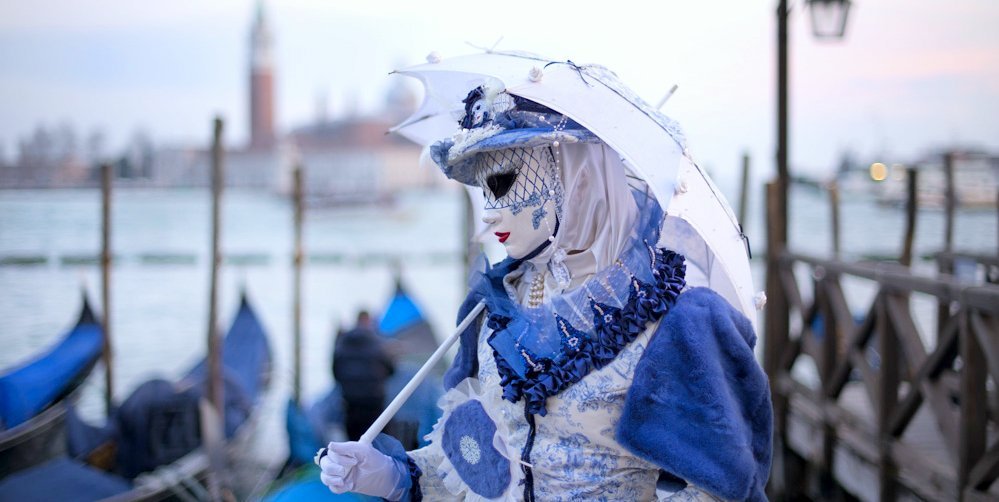 Festivities have been around for centuries, and the carnival has grown to be one of the most famous in the entire world. Known locally as ‘Carnevale di Venezia’, the celebrations were first recorded in 1162 when the local people celebrated a victory over the Patriarch of Aquileia. Over the subsequent years, Venetians begun wearing masks to conceal their identities at parties that took place between Christmas and Lent. The masks enabled lower and upper classes to celebrate together, as their faces were disguised and their identities kept secret. Alongside dancing and drinking, illicit behaviours such as gambling, affairs and even assassinations took place while everyone wore masks. The festivities eventually ceased to exist in the 18th Century, but were reinstated by the Italian government in 1979 as an attempt to bring back the rich history and culture of the city.

The original masks worn by revellers were much simpler than the ornate designs that attract so many visitors nowadays. Their redesign was actually part of a project by Venetian college students attempting to sell the masks to tourists, which had unprecedented success. The masks can now be purchased from a dazzling array of boutiques around the city and are made from a white paint mixture and gold leaf, hand painted and decorated with feathers, sequins and vibrant colours.

The dates of the carnival change every year, with the final day always falling on Shrove Tuesday. Aim to visit the city on one of the weekends over carnival, or ideally during the last few days of the festival when the celebrations really amp up. Expect to find a dazzling array of entertainment with street performers and costumed locals on every street. Highlights of the celebrations (besides simply admiring the elaborate masks and plumed costumed) are the boat parades, the Flight of the Angel (when the winner of a beauty pageant rides a zip wire into St Mark’s square) and the best costume competition. 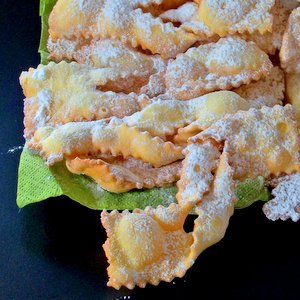 There are many masked balls held throughout the city during the carnival, many of them holding expensive price tags for exclusive tickets. It costs around 500 Euros to attend one of the balls, including the rental of a costume, but this will be an experience that you will never forget! If you choose not to attend a ball, you could arrive outside the venue ahead of the event to admire the costumes as guests arrive.

Throughout the carnival, street food vendors line the streets offering local delicacies for the hordes of visitors. If you’d like to sample the true cuisine of the festival, however, head to one of the many patisseries in the city and ask for Frittelle and Galani, the sweets associated with the carnival. They are only sold during carnival time and every bakery sells its own unique version, so ensure that you try more than one!

Other Festivals Around The World

Mexico's Day of the Dead