On Top of the World - Flying Mt Everest from Kathmandu

Flying above the white woolly clouds with the startling jagged daggers of the Himalaya Mountains thrusting into a clear blue sky will probably be one of the most awesome and surreal sights you will ever see. That is unless you are the die-hard adrenalin-mountaineering junkie who reached the peak under your own steam.

Watching movies such as "Everest" gives you a peek at the most awesome spectacle that Mt Everest is. The treacherous mountain face of the world's highest summit is but one of what is known as the "Seven Summits" that lures mountaineers to don their boots, strap on crampons, climbing harnesses, ropes and arm themselves with ice axes.

The mountaineers that tempt fate braving the harshest of natural elements with faces hidden by oxygen masks, the threat of losing a limb or toe to frostbite or blowing up with fluid in cases of edema really are a bit on the crazy side of gutsy. I actually get excited when I am traveling if I get to fly over a mountain range, such as the Pyrenees or the Atlas Mountains, as this is as close as I will ever get to seeing the top of a mountain. I am quite content with this fact. Tempting fate when the end result is dying in the cold, flying off a cliff or falling down a bottomless crevice of ice is not my idea of an ideal way to go.

The Himalaya Mountain range is the world's most mountainous area that began rising 50 million years ago. It continues to rise about 5mm per year as the colliding plates of India and Asia continue to slam into each other. It has the biggest accumulation of ice outside of the Antarctic and the Arctic with its name meaning "home of snow".

This mammoth formation stretches from Pakistan to Bhutan and separates the Indian subcontinent from the Tibetan Plateau with its snowfields flowing into the great rivers of the Ganges, the Indus and the Brahmaputra. Surveys have put Mt Everest's height at 8,850 mts (29,029 ft), think about 5.5 miles, but this is a bit of a contentious issue with the Nepalese planning to do a new survey.

If you are thin 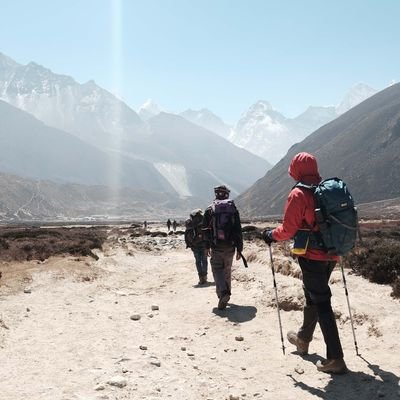 king of climbing the rugged cliffs of Mt Everest you will need anywhere from say US$30,000 to US$85,000 with an average price around the US$41,500, depending on how you do it. Young climbers have a 2.2 per cent risk factor involved; whilst for older folks this percentage is ramped up to 25 per cent, so make sure you have your will in order before you leave home.

What is considered to be the "death zone" is usually above the 8,000mt mark, as this is where there is not enough oxygen for humans to breathe. From the years 1921 to 2018, 293 people have died (175 climbers and 118 Sherpas) with more than 200 bodies still littering the mountain as per the deceased's wishes.

For an hour's flight that will leave you gob smacked, the only hardship will be getting up in the wee hours of the morning to be at the airport for take off at 6.30am. The airport's doors will probably be closed when you arrive, and you will have to shuffle and find some space in between the heartier souls, quite often top-heavy with backpacks that inadvertently may knock you sidewise, as they are off to go trekking in the mountains.

The separate entrances for males and females through the security of the airport give rise to a few chuckles. Don't expect too much at the airport, but you can grab a coffe 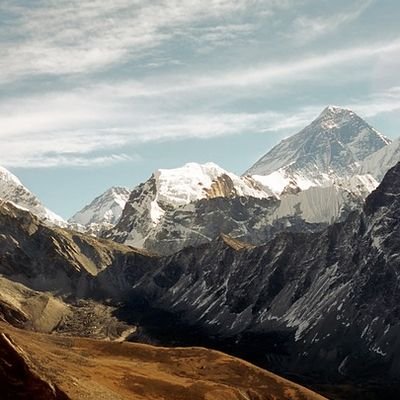 e if breakfast was the last thing on your mind. The great thing about the flight is that everyone gets a window seat, as the plane is only half full, and at some point during the flight you will be invited to join the pilots in the cockpit where your senses will be assailed with the sheer size of the glistening mountain peaks that can be seen in panoramic view.

The plane doesn't fly over Mt Everest, but it does a double pass of the awesome view approaching from Kathmandu airport passing over the Sagarmatha National Park to the southern side of Mt Everest. Each side of the plane has the opportunity to feast their eyes on the beautiful peaks that people risk their lives to climb. When you are not looking at the Himalayas, your view is that of a glistening fluffy white blanket reflecting the early morning sun's rays.

If you believe in heaven, then you will believe you are up with the angels.

Take: Camera, as you can get brilliant panoramic shots from the pilot's cabin.

Dress:  It's super cold early in the morning, but when the sun comes up it will warm up quickly, so layer your clothing.

Most Amazing Places to Take Photos in Singapore