Tips and Cultural Issues for Solo Males in Asia

Solo males hungering for a bit of adventure in Asia need to be aware of a few cultural issues that are at odds with the daily goings on in their own western country. Many topics are addressed in the article "Tips and Cultural Issues to be Aware of for Solo Females Travelling in Asia", but this article is taking into account that sometimes the antics commonly associated with males elsewhere around the world just are not the done thing in Asia.

To avoid being the ignoramus male buffoon stepping all over Asians' etiquette that is based on various shades of respect, good manners and filial devotion, read the tips below if you have no wish to embarrass yourself or get death stares from the locals:

Nonconformist behaviour tends to be frowned upon, whether it's what you are wearing or how you are acting, so put on your sensible hat and fit in with those around you.

Only use your right hand to eat, as the left hand is regarded as the one reserved for "sanitary" actions. Master the use of chopsticks if you want to appear to be a soul of the universe, though in many international resorts you can pick at your food with your fingertips and forget about a spoon and fork. This is at odds with 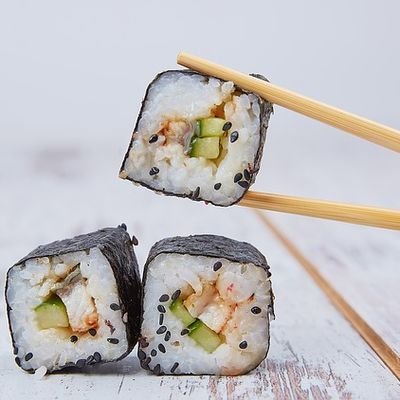 western beliefs in that shovelling your food into your mouth with a spoon should be reserved for soup, old men and babies.

Table etiquette is a bit of a nightmare where you may have to follow what the locals are doing around you:

Don't blow your nose while sitting at the table, even if your nose is dripping like a tap from indulging in too much spicy food. A more discrete approach is required, such as manoeuvring your napkin to catch the dribbles, giving the appearance of wiping your mouth. Yawning, coughing and the use of toothpicks all need a hand to cover your mouth.

Never touch someone on the head (even a child) as it's believed to be the "seat of the human's soul".

Don't touch the lower part of your body (in other words, drop that habit of scratching your balls or rearranging your dangling appendage). Don’t even tie your shoelaces in front of locals, as this is considered to be bad manners. Your feet are "unholy" so never point with your feet, sit with your feet facing someone, put your feet up if they are higher than someone's head or step over someone sitting or lying on the floor.

Don't flaunt your amorous Lothario tendencies, as public displays of affection are considered to be in bad taste. Holding hands in public may be the extent to which affection can be shown, depending on where you are in Asia. Countryside situations are usually the total opposite to the tolerated behaviour of wicked "farangs" in beach clubs and bars in city areas and international seaside resorts.

Tipping in Japan is considered offensive, as Japanese workers take pride in doing their jobs. In other countries such as Thailand, you can tip as much as you like and receive a big smile in return.

Keep your wits about you when hanging out in Thailand's plush beach clubs, as many males have been caught unaware until the bedroom scene arrives, and their luscious female turns out to be a "kathoey" (ladyboy) unless that is what you want.  Bangkok's nightclub scene is notorious for druggings and muggings that began with a sweet touch. Be aware that many Asian females want to get out of their own country.

Don't lose your cool, as epic "temper tanties" will get you nowhere, especially in Laos, Vietnam or Cambodia, where you will be looked upon with scorn.

Above all, smile and look happy, even if you are totally confused by what is happening around you.