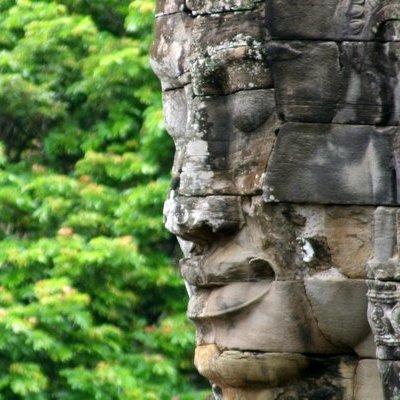 The 5 Asian Temples You Need To See

If you’re travelling to Asia, one thing that should definitely be on your radar is seeking out some of the best temples in the world. There are more religious temples in Asia than anywhere else in the world, which isn’t surprising when you consider that many of the world’s oldest religions such as Hinduism and Buddhism have their roots here. There are so many temples, in fact, that it can get quite overwhelming. To assist, we have narrowed down the extensive list to five temples that are absolutely essential to visit. 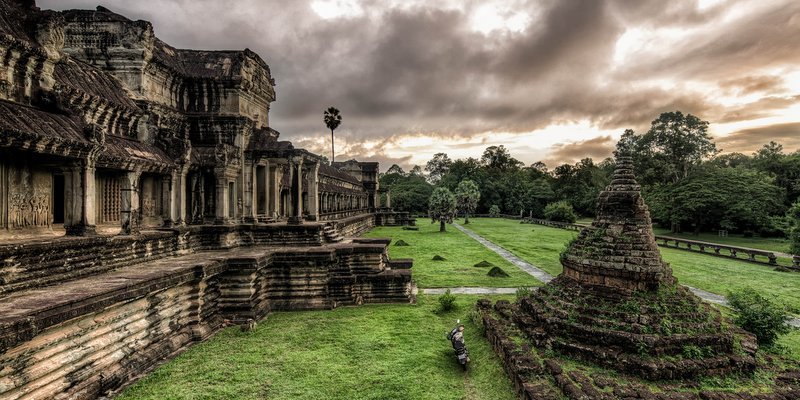 Listed as an UNESCO World Heritage Site, Angkor Wat is the largest religious monument in the entire world. Constructed in the early 12th Century for King Suryavarman, the temple was originally dedicated to the Hindu faith, but later became associated with Buddhism. Appearing on Cambodia’s national flag, it is widely recognised as the country’s main tourist attraction. The temple has been a focus of major restoration for some time now, and is subsequently a dramatic sight to behold, as many of the original features are available to view. Located within a moat and walls that represent the ocean and the surrounding mountains, the central towers of the temple symbolise the five peaks of Mount Meru. 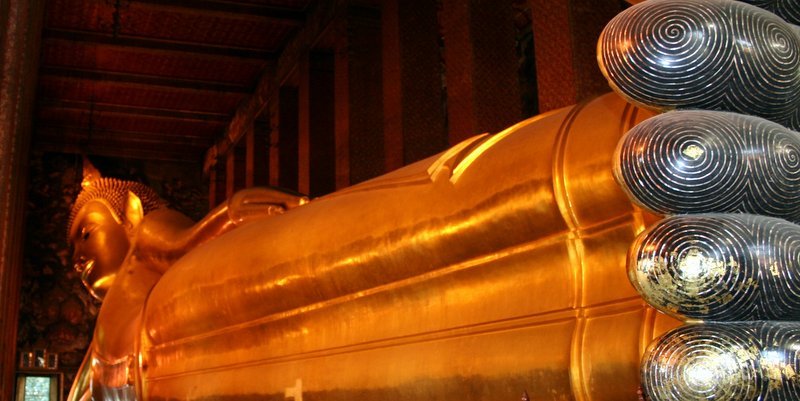 The Temple of the Reclining Buddha is an essential visit for anyone visiting Bangkok for the first time. Unlike some of the other temples in this article. Wat Pho is in excellent condition and is incredibly colourful, filled with gold lotus-position Buddha statues and ornate embellishments. The temple is also considered as one of the leading schools of massage in Thailand, and visitors are able to experience the massages first hand. The iconic reclining Buddha is an impressive site to behold; his feet are five metres long and encrusted in intricate mother-of-pearl illustrations. In reference to the 108 positive symbols that lead Buddha to perfection, there are 108 bronze bowls lining the hall of the entrance to the chamber holding the reclining Buddha, in which you can drop pennies in exchange for good luck. 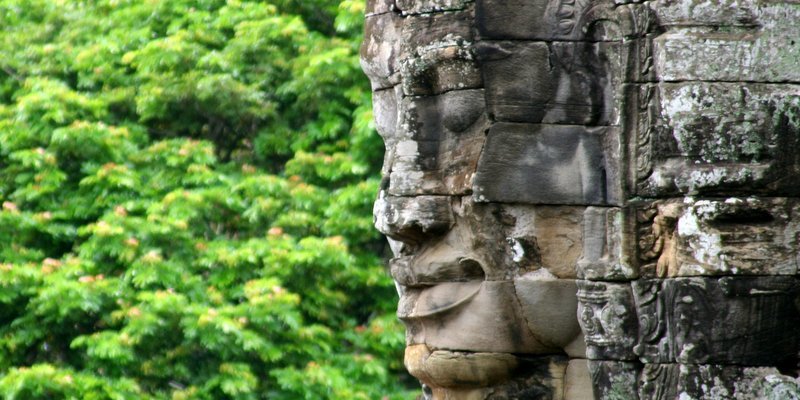 Best known for its 200 gigantic faces scattered upon the ‘face towers’ of the upper terrace of the temple, Bayon is one of the most visited temples in the whole of Asia. Situated close to Angkor Wat, the two temples proximity mean that a visit to the region is essential for anyone interested in exploring ancient temples. As well as the huge iconic faces, the lower terraces have walls adorned with bas-reliefs that tell stories of historical events, leading back to the construction of the temple in the late 12th Century. 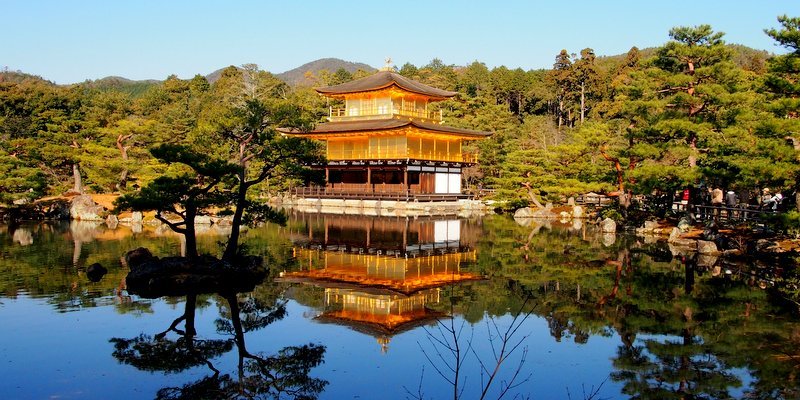 The most popular tourist destination in Kyoto was originally built as a retirement villa for Shogun Ashikaga Yoshimitsu in the 14th Century, and was later converted into a Zen temple by his son. Although the original temple was destroyed in a fire in the 1950’s, it was later rebuilt as an exact replica. Whether you visit in winter amongst the snow, or during the summer months, the reflection of the top two gold-leaf stories of the temple in the pond that it sits in front of is an iconic site that is admiring by hundreds of thousands of visitors annually. 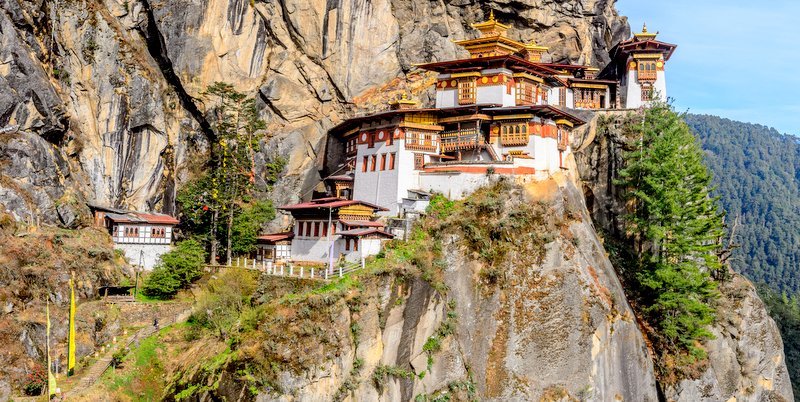 Also known as Tiger’s Nest, this final temple on our list requires special permission to visit, and is only accessible via a two hour hike of ride upon a mule, but it is somewhere that simply must be visited if you have the opportunity. Perilously hanging on a cliff face 2,300 feet above the valley below, it isn’t for the faint of heart or those with a fear of heights. Shrouded in mist, the temple is both remarkable and somewhat eerie upon first glance. Destroyed by fire in 1998, the structure that exists today was restored to be as close to the original temple as possible.

5 Hidden Gems to Visit in Malaysia

10 Amazing National Parks in the U.K.

Hot For a Cool Trip to Chile