Why Singapore Is The Destination For 2015

Why Singapore Is The Destination For This Year 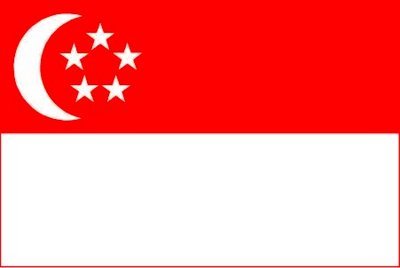 It’s fair to say that Singapore proves to be a particularly popular tourist destination in any year; however, 2015 marks 50 years since this small island nation gained independence from neighbouring Malaysia. This means there will be even more to look forward to with extra special events and bigger and better presentation of the usual plethora of annual events.

For a start, you have the Chinese New Year in February and Singapore knows how to celebrate the coming of the new lunar yea. Always proving to be a great event in Singapore and this year organisers are proudly stating that the celebrations should prove to be even better than ever, with this being the Year of the Goat.

There will be a whole host of Golden Jubilee events and celebrations throughout the coming year and all of this will culminate in an amazing National Day Parade that is due to take place on the 9th August 2015. This is the traditional time for the citizens of Singapore to mark and celebrate their independence; on the 50th anniversary we can definitely expect this day to be an even bigger event that years past.

If you’re wondering where you should stay in Singapore to enjoy this cosmopolitan city nation, with over 250 hotels on the island ranging from basic 2 star accommodation to the luxurious such the iconic Raffles Hotel, Mandarin Oriental and Fullerton Hotel, there is sure to be something for all tastes and budgets. You might want to save some pennies and book yourself into the Marina Bay Sands Hotel.

The hotel and casino complex has of course one of the largest casinos in the world; a huge shopping complex with every name brand you might think of; no less than fiveworld renown chefs eager to feed you and arguably one of the most desirable pools ever placed on top of a building. The infinity pool is on the 57th floor and bathers are given the impression they look straight out into sky, well above the ocean and neighbouring buildings with little holding them back from a small step on to the horizon.

You could also plan your trip to coincide with the Singapore F1 Grand Prix which is scheduled mid September. A spectacular event always, drawing the rich and famous, it is a week long party culminating in the race at night which Singapore holds the honour of introducing to the F1 calendar in 2008.

Other events during the year include sports events such as the Southeast Asian Games and ASEAN Para Games, concerts by Katy Perry & The Script all of which will be at the new  Singapore Sports Hub, which lays claim to the largest stadium in the world to have a retractable  roof/dome.

So if you’ve toiled with the prospect of paying Singapore a visit in the past, perhaps the year of its Golden Jubilee celebrations will be the time you finally go ahead and place those reservations.

This Month In Travel - Sustainable Travel

See The Big '5' Before Its Too Late