How to Avoid the Top Common Scams in Asia

Scamming almost appears to be a sport for some unscrupulous locals in Asia who look at westerners as walking ATMs. Most Asian countries overflow with friendly locals, but if something sounds too good to be true, then it probably is.

Some locations breed creative thinking on the part of those who may be less fortunate, so keep your street smart hat on at all times if you don't wish to "donate" whatever you may have on you, such as your handbag, camera, mobile or expensive sunnies, when meandering around known tourist haunts in particular. Most scams won't be life threatening, but can be put in the category of "I should have known better" when travel dollars or items are lifted from you.

To avoid the bad taste in your mouth and maybe self-induced mortification from being conned or robbed, take a peek below if you don't want to be hoodwinked or worse.

The seedy side of life scams:

Illegal drugs are a big no-no, with harsh penalties in countries in Asia. Don’t be under the illusion that you can indulge in some recreational use without any backlash of dire consequences. A common scam is that you are approached in the street by a local offering to sell you drugs. You do the deed, but then around the corner is a cop that intercepts you, finds the goodies and then promptly offers you the chance to get out of the situation by paying a bribe to him or face the legal ramifications. The cop is not looking for a paltry payout, but more in the vicinity of around US$500 and will offer to walk you to an ATM so that you can get it out.

Advice: Ignore what to some may be an alluring temptation, unless you wish to deplete your hard earned cash, wallow in a foreign jail or be put in front of a firing squad.

Girlie shows in Bangkok's red light district for some tourists are a curiosity. How do you manage to shoot ping-pong balls or budgies out of a part of the female anatomy that definitely wasn't built for such action? The con is that you will only pay a pittance for your drinks, and it won't cost you anything to watch the show. Guess again, as when you come to pay for your drink, you will be lumbered with a much larger bill than just your one drink and the doorman that promised this was not the case will be nowhere to be found.

Advice:  Leave the vision of females propelling objects off your travel itinerary or know that you will be charged for the show and enjoy it for what it is.

Massages with not so happy endings are usually aimed at single western males.  You will be approached by a female in the street and offered a cheap massage of the "wink wink" variety. Once you are in her lair, you will be surrounded by say three muscle men that insist you take a walk to the closest ATM machine for a hefty withdrawal of their choosing, or you will be confronted with a corrupt cop who interrupts your blissful moment. He will insist that what you are doing is illegal, and it will end up the same way as with the goons, another visit to the ATM.

Advice:  Don't even think about going anywhere with a sultry local, as you won't be getting a "happy" ending of any sort.

Endearing kids with winning smiles and bright laughter can be the epitome of their parents' wicked ways. Many poor little mites have been taught how to rob people fro 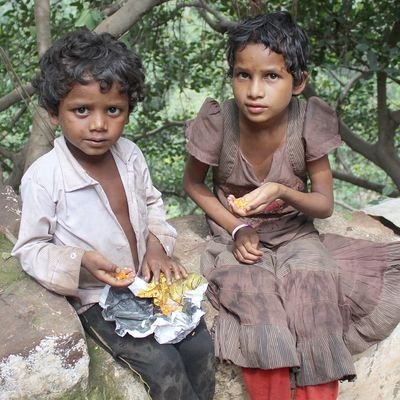 m the moment they can walk, or in cruel cases, have been mutilated to appeal to a tourist's humanitarian sense. If you find yourself surrounded by a gaggling horde of kids all chattering to you at once, chances are one of them is planning on picking your pocket. If you accept what appears to be a gift from a child, more often than not, it will come at a cost that they will make a scene about once you accept it. The milk or food scam is another common rip-off, whereby they ask you to take them to a store to buy sustenance for them. Once you are out of sight, they return the item to the store and share in the profit with the storeowner.

Advice:  Harden your heart and always be cautious when you become the centre of attention to kids.

Beggars and Monks quite often are not what they seem to be. Begging in some Asian countries is a "business", with the top man taking the day's earnings. What appear to be Buddhist monks begging on the streets for temple donations are often scurrilous local men, dressed up in old robes.

Advice:  Again, harden your heart and do not give to beggars, as it only perpetuates this undesirable industry. If you wish to donate to a temple, do so when you visit one.

This is only a small sample of scams you might encounter in Asia.  The list could include the likes of scooter thieves ripping the mobile or your bag right out of your hands as you walk along the footpath, tour guide rip-offs that you need to be aware of, and there are so many "transport" scams that could fill a lengthy lecture on how to catch a tuk-tuk or a bus. Money exchange scams catch the unwary, border scams will frustrate, and you won't get rich buying gems in Asia when you end up with worthless stones.

In spite of the above, Asia is a fantastic destination, whatever country you go to.

Advice:  Take out travel insurance to cover those moments when you may become a victim.