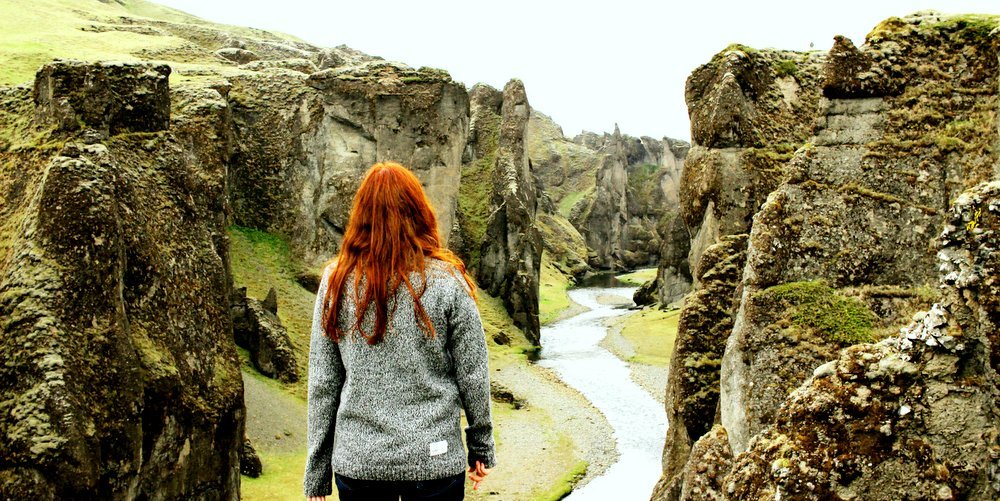 Iceland has been at the top of my bucket list for as long as I can remember; a mysterious land of fire and ice, shrouded in mist and dotted with isolated hot springs. Earlier this month, I finally got the chance to visit and drive around the Ring Road that circumnavigates the country. For the entire ten-day trip, I gazed in awe out of the window of our hire car, mesmerised by the constantly changing landscapes. 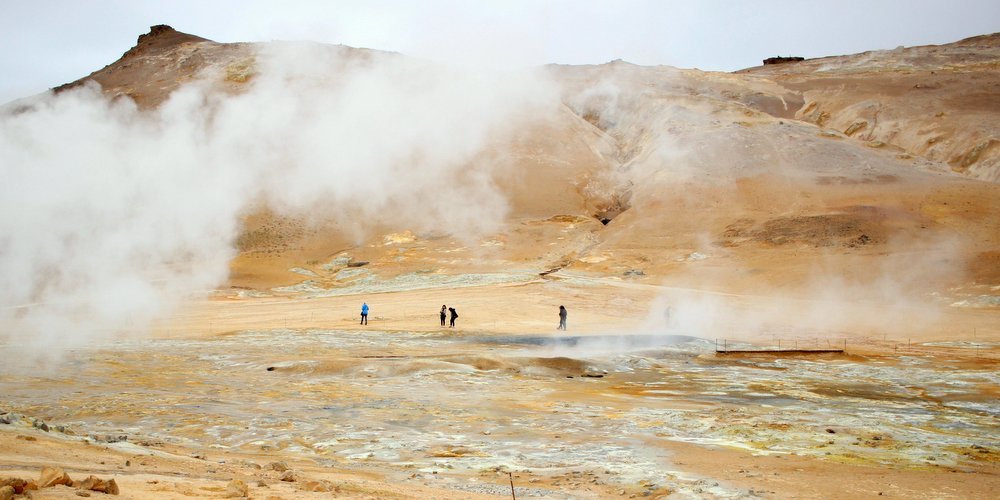 We began our trip in Reykjavik, taking just one day to explore this small yet characterful town that is the most northerly capital city in the world, before hopping into our hire car and heading south. The first adventure of our road trip was the infamous Golden Circle, a trio of natural attractions within an hour’s drive of the capital. Thingvellir (where the Eurasian and North American tectonic plates meet), Strokkur geyser (located to the now seldom active Geysir) and Gullfoss (the ‘Golden’ waterfall) all take your breath away when you see them for the first time, but as you continue your journey, you will see that the scenery only gets more dramatic.

Heading south-east, we stopped to walk behind Sejlandfoss and climb up the vertigo-inducing staircase to peer down over Skogafoss before getting our first glimpse of the country’s iconic black sand beaches at Reynisfjara. Situated just before the small town of Vik, this beach is the perfect place to admire the jagged rock formations jutting out of the ferocious sea and to look back at the distant sea arch from the Dyrholaey bird sanctuary. If you’re lucky, you might spot puffins here, but unfortunately they seemed to be elsewhere that day. We amused ourselves by climbing up the basalt columns that line the cliffs and enjoying a picnic lunch on the velvety soft sand.

The next stop on our journey was Fjaðrárgljúfur, a staggeringly large canyon just a ten minute detour off the Ring Road. Here, we stretched our legs, climbing to the top and slipping beneath the safety rope to get the best view of the river far below. We then continued our journey, driving through desolate lava deserts for miles upon miles. All of a sudden, the black basalt was covered with spongy green pillow moss, and a short stop was necessary to lie upon the springy moss. 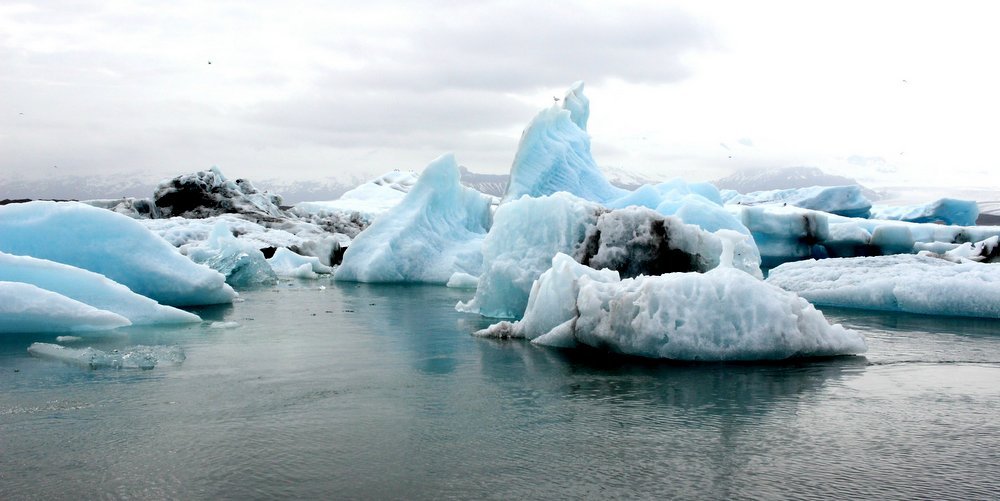 Further down the road, the landscape soon gave way to towering mountains, icy glaciers sneaking down between them from Iceland’s largest ice cap. Just before we reached Jokulsarlon glacial lagoon, I spotted huge white icebergs floating behind a hill and we pulled in to find a smaller, predominantly white lagoon filled with towering icebergs drifting off the retreating glacier behind. Fjallsarlon was a welcome tranquil sight before we reached Jokulsarlon, which was ethereally beautiful with its icy blue bergs, but thronged with tourists. Before hopping back in the car, we walked over to the beach across the road, known as Diamond Beach, where smaller blocks of ice had been washed up onto the black sand.

The next day, we navigated the East Fjords, driving along perilous coastal roads and up and down a series of long thin inlets. Along the way, we fought the urge to continuously stop to admire the views, before heading through a long dark tunnel and heading inland. Rather than heading directly north, we crossed a mountain pass (up hairpin roads and across the top of a mountain covered in ice and shrouded in cloud) to spend a night in the picturesque town of Seydisfjordur. Here, we wandered along the water’s edge, admired the colourful buildings and colourful street art and wished that we had more time to hike into the mountains and get a closer look at the dozens of waterfalls that lined the cliffs. 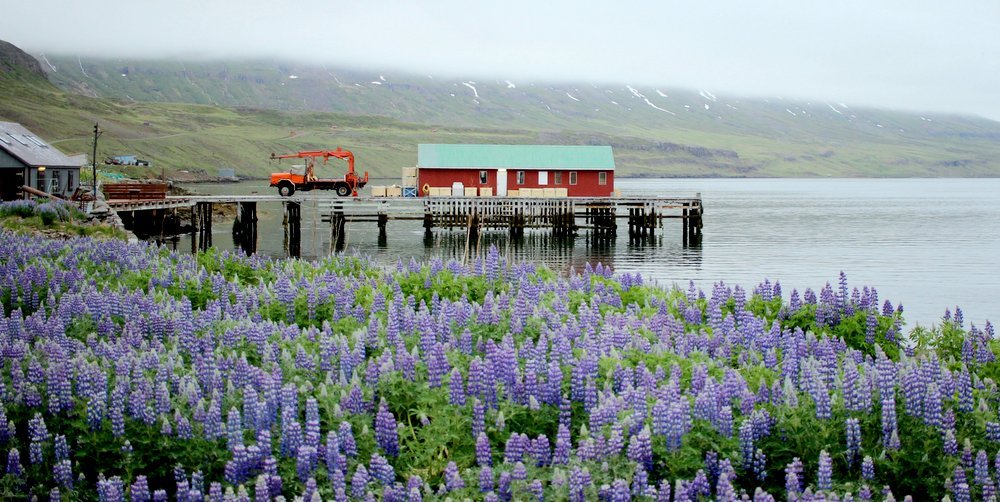 Onwards north, we set up base just south of Husavik for three nights, staying in a wooden cabin on the grounds of a hotel with geothermal hot tubs perfectly positioned for evening soaks admiring the local scenery. During our days in the north, we ventured out to Lake Myvatn to visit the hot spring inside Grjotagja cave (made famous as the location where Game of Thrones filmed Jon Snow losing his virginity) and tackle the alarming clouds of midges that the lake is famous for. We peered down over the abyss at Dettifoss, marvelled in the sight of Krafla geothermal power station and admired the otherworldly thermal landscapes at Hverarond, before driving along coastal roads to look out over the Norwegian Sea.

One evening, we climbed onto a wooden fishing ship and headed out towards the snow-capped mountains that beckon on the opposite side of Husavik’s bay, seeking out nature’s giants beneath the perfectly still waters. We were treated to visits by minke and humpback whales, even witnessing a humpback breach out of the water underneath the perpetual summer sunset. On the way back to our cabin, we spotted steam rising in the distance and discovered a secluded geothermal lake, in which we enjoyed a midnight swim. Too ecstatic to sleep, we drove down to Godafoss to witness one of Iceland’s most iconic waterfalls without another soul around. 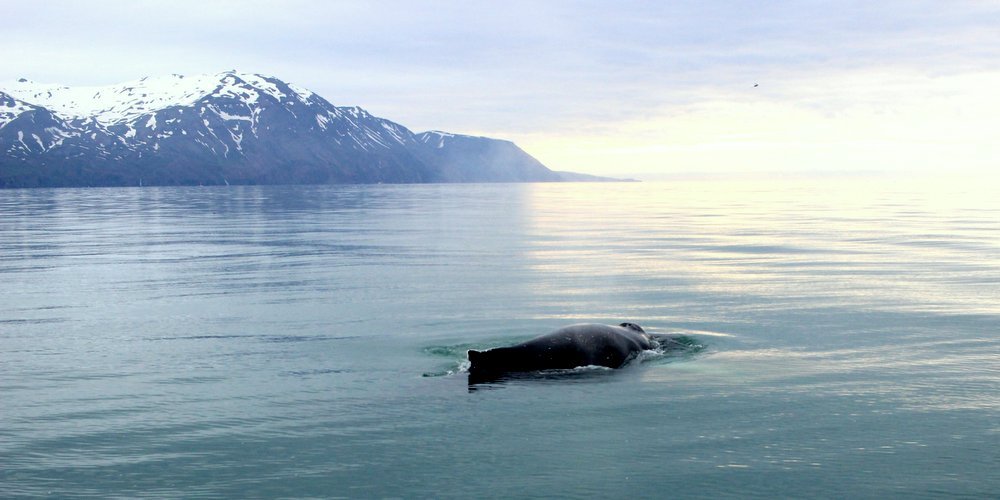 With just two days left on our trip, we heading west to complete the Ring Road. On our way, we sought out a secluded hotpot not too far from Route 1, eventually discovering it from the wrong side of a fast-flowing river. A short drive later, we were on the correct side of the river, admiring a magnificent waterfall before walking over a bridge and down a small hill to enjoy a well-earnt soak in Fosslaug. The majority of Iceland’s hidden hot pools tend to be located far from the Ring Road, so it was an unexpected treat to experience the thermal waters with no one else around.

Heading back towards the airport on our final day, we spent some time exploring the Reykjanes peninsula. The last sights of Iceland that we took in before boarding our plane home were the huge emissions of steam at Gunnuhver and the dramatic sea cliffs of Reykjanesviti.

As our plane rose into the clouds and we were treated to our final views of Iceland’s rugged landscapes, I promised myself that I would soon return to the land of fire and ice.

For another perspective check out Iceland in Summer.

On Top of the World - Flying Mt Everest from Kathmandu