6 Tips to Make a Business Trip to Singapore Memorable

When you're in such a colourful city, you will be more than spoilt for choice as to what to do on your downtime in Singapore. So here's a roundup of some of the best things for a Wise Traveller to do when business ends, and entertainment starts.

With such an incredibly diverse cross-cultural mix, the potential to dine out in different nations and palates seems unending in Singapore. Whether it's China Town and dining at A Noodle Story; The Coconut Club at Ann Siang Hill, or a vegetarian paradise at Whole Earth, the list is nearly endless. You can even dine at themed bars and restaurants, including Central Perk, which is a replica of the café found in the TV series Friends. 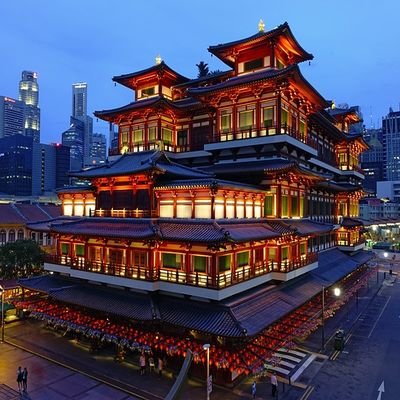 Soak up the neighbourhoods

One of the cheapest ways to enjoy the verve and buzz of the city is to wander its neighbourhoods. And Singapore certainly doesn't disappoint. One of the most established is Little India, which came to prominence 200 years ago and still thrives to this day. China Town is another fascinating area to explore the Buddha Tooth Relic Temple and Museum, Thian Hock Keng Temple and the Peranakan Tiles Gallery. Other areas of the city, including Tiong Bahru, Civic District, and Kampong, are also ones to appreciate.

Among Singapore’s kilometres of concrete and glass are some stunningly quiet pockets of green. Walk through the three waterfront gardens, marvel at the city from a 22-metre aerial walkway, and visit the world's largest glass greenhouse at the Gardens By the Bay. Head over to the UNESCO-listed Singapore Botanic Gardens for some R&R at the National Orchid Garden.

Art is not dying in Singapore, as it is said to be doing in other modern cities. In fact, it is celebrated. The National Gallery, the National Museum, ArtScience Museum, and the Singapore Art Museum are all mainstays of the city scene, but there is also Lee Kong Chian National History Museum, the Red Dot Design Museum and the Singapore Tyler Print Museum to enjoy. Veering toward the collectible and esoteric, there's the MINT Museum of Toys, the Philatelic Museum; and so it goes on.

Shop till you drop

Those looking to give the credit card a battering will be heading straight to Orchard Road, the luxury brands of The Shoppes at Marina Bay Sands, Marina Square, Raffles City Shopping Centre and Suntec City. Equally, Sentosa Harbour Front and VivoCity are must-visits, as well as the many street markets and stalls that snake the city's neighbourhoods.

If architecture is your thing, then Singapore is the place to wander. The Esplanade— Theatres on the Bay is the 60,000 sqm Performing Arts Centre on Esplanade Park, while at Merlion Park, you can view the Merlion statue, representing two elements of Singapore’s identity— its body symbolises the fishing villages of Singapore’s past, and its lion head is a symbol of Singapore when it was known as Singapura, or “Lion City”.

Alternatively, the landmark of Lau Pa Sat in the heart of the business district has witnessed Singapore’s ever-changing landscape since the 19th century. The splendid Raffles Hotel, the National Gallery, Hong San See, and the Capitol Building are also fantastic landmarks to tick off.

But other icons of Singapore—such as the Sri Mariamman Temple, St Andrew’s Cathedral, and the Sultan Mosque—encapsulate the city as a living, breathing metropolis of old meeting new in a timeless fusion that leaves the traveller wanting more.

6 ways to enjoy the great outdoors when travelling