Are you chasing enlightenment by punishing yourself to the nth degree or merely searching for an alternative holiday that doesn't involve putting on your designer gear each morning and swanning around a resort? If so, taking some time out with your self, or maybe with a partner or a group of energetic friends, strolling along the El Camino de Santiago (aka the Way of St James) might be the answer.

Hike it, bike it or hobble along with your pilgrim's staff (walking stick), and at the end you will be in touch with your spiritual self and in putrid clothes that could walk by themselves. The El Camino de Santiago was the most important Christian pilgrimage during the Middle Ages.

There are quite a few different routes to tackle of varying lengths, but the entire stretch is 780 kilometres with routes throughout Europe leading into or joining the main routes in Spain and France. You can start and stop anywhere you like. Most people begin in Sarria (112km from Santiago) and aim for the finish line in Santiago de Compostela, where it's believed that the remains of Saint James were buried.

Below are a few of the routes you can saunter along:

There are three routes:

The coastal highway and the central way both begin in Lisbon and follow the same path to Porto, while there is an extension path diverting you to Fatima. Expect long distances between "albergues" (places to eat and sleep) between Porto and Lisbon, but after Lisbon, there are plenty of accommodation places en route. 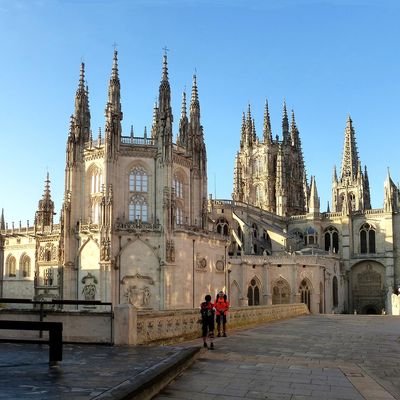 Begin in Northern Spain in Irun and run along the coastline for 620km before turning inland to Arzua, where the route meets the Camino Frances about 40km before Santiago. This is for the rough and rugged souls wishing to see amazing views that will take your breath away.

Known as the "Original Way", your sojourn will begin in Oviedo and will meet up with the Camino Frances at Melide, a mere 50km from Santiago.

This little trek is worth skipping along from Ferrol to Santiago.

The pilgrims' office in Seville will head you in the right direction and you will have a choice of routes at Zamora; head north and join the Camino Frances at Astorga or head west and meet up at Ourense.

Whichever route you take be prepared for:

Avoid being a pilgrim during the Holy Compostelan Years. The next is in the year 2021 if you don't want to be crushed by the pious hordes. 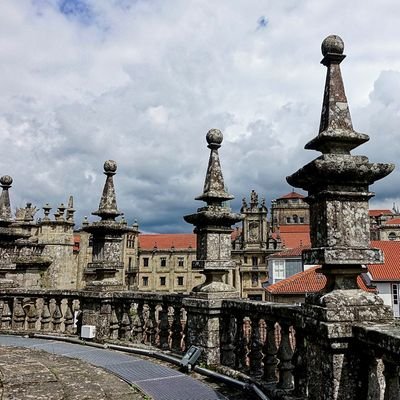 Be ready for unpredictable weather from sweaty hot days to cold and rainy. Put on your sturdy walking shoes, and if you intend to do it on your own lugging your backpack, don't take more than you can comfortably carry.

Actually, you can be the pious soul with a big budget and get someone to transfer your bags from one hotel to the next, if that's your idea of making a pilgrimage.

Grab your pilgrim's passport and make sure you pop into the major towns where you can get rewarded with a stamp. Sadly, no jellybeans are handed out as rewards. It also gives you access to overnight accommodation en route and will provide you with a complete history of where you ate and slept along the way. Once you get to the Pilgrim's Office in Santiago, this is your proof that you have done it and that you qualify to receive a "Compostela", a certification of completion of the pilgrimage that you can flash around when you get home.

Take the journey at your own pace and have some fun along the way. In other words, take a break before you drop from exhaustion.

Hotels Vs. Rentals Vs. AirBnB

How to Create a Travel Experience When You Are Not Travelling