The history of Hari Merdeka (aka Hari Kebangsaan) relates to the day when Malaysia gained independence from the British Empire on the 31st August 1957. In commemoration, the 31st August was declared an annual holiday. Whilst "Hari Malaysia" relates to the 16th of September 1963, when Sarawak, Singapore and North Borneo federated with the state of the Federation of Malaya formed that same year. Singapore became an independent nation in 1965, when it was expelled from the federation.

The official Declaration of Independence was read out at the Stadium Merdeka that sits in Kuala Lumpur, when the lights were turned off for two minutes of darkness, whilst the British Union Jack was lowered, and Malaysia's own flag was raised in its place.

Celebrating Hari Merdeka in Malaysia is an annual event, with each year bringing a different theme promoting ethnic unity. Kuala Lumpur is the place you want to be to experience the full hype and fun, but all major cities have celebrations. You will want to grab your camera to take plenty of pictures during the Merdeka Parade, when you will witness a royal procession, cultural performances, stunning floats of all shapes and sizes and a military demonstration. Everyone appears to be holding a flag and madly waving it. 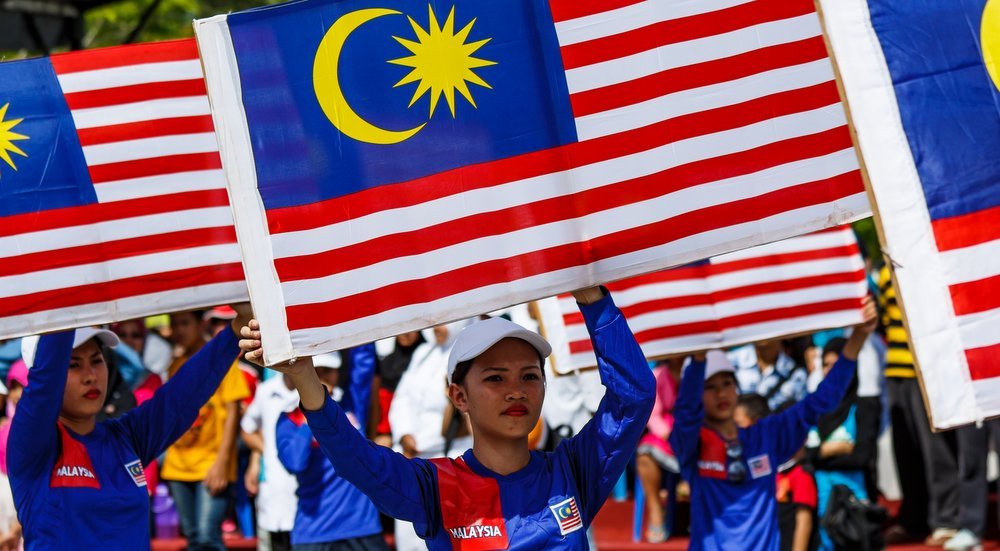 This generally begins and ends at Merdeka Square, but if the route changes for any reason, it is merely a question of asking a local where to hang out, madly waving your flag of "stripes and glory" (Jalur Gemilang) and shouting "Selamat Hari Merdeka" (happy Independence Day), sounds like: seh-lah-mat har-ee mer-day-kah, to get the pronunciation correct.

Apart from the parade there will be a fireworks display that will blow your mind, not just your eardrums, numerous festivals to gawk at and buildings, houses and cars draped in waving flags, plus elaborate decorations smothering shopping malls. It is a visual feast all over the country. In the month leading up to the day, students gather en masse to perform in concerts or competitions.

A few tips for the intrepid traveller who finds themselves amidst the mayhem:

Malaysia is an incredible destination of bustling cities, stunning beaches and islands, lush dense rainforests and friendly locals. No matter what time of the year you are there, you will have a smile on your face, even if you are not waving a flag.

How to Celebrate New Year’s in North America